Brain inflammation induces anhedonia in women but not men 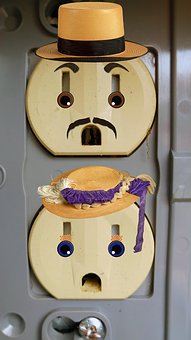 For several years, researchers have insisted that inflammation in the brain was tied to depression and anxiety, but research published this week casts some doubt on this generalized conclusion. In fact, there seems to be a difference between the genders in the effect of inflammation and this is an important finding.

Inflammation reduces the brain’s response to rewards in women, but not in men, according to the new study in Biological Psychiatry: Cognitive Neuroscience and Neuroimaging. Reduced activity in the brain’s reward center is the signature of anhedonia, a core feature of depression that reflects a loss of enjoyment in things or activities—including the ability to find meaning in work and relationships. Women are two-to-three times more likely to be diagnosed with depression and the new findings pinpoint a key difference in men and women that could contribute to the lopsided rates of the disorder.

What the researchers say: “Our study is the first to show that there are sex differences in neural sensitivity to reward in response to inflammation, which has important implications,” said the senior author. “This may suggest one reason women experience depression at a far greater rate than men, particularly for the kinds of depression that may be inflammatory in nature.”

In the study, healthy men and women received a substance to increase inflammation. Dr. Eisenberger and colleagues measured activity in one of the main reward regions of the brain, the ventral striatum, while the participants played a game to receive a monetary reward. Women with greater inflammatory responses showed less brain response in anticipation of potential rewards, but the relationship was not present in men.

“This study highlights the important gender differences that exist in the human brain and suggests a mechanism that might help explain the greater prevalence of depression in women compared to men,” they concluded.

So, what? One of the problems in looking at the differences between men and women when studying depression and other mood disorders is that the sexes exhibit different symptoms. For example, depressed men tend to exhibit anger, loss of concentration, infidelity, bullying, loss of interest in work, family and hobbies. They do not necessarily show anhedonia or some of the other “traditional” symptoms of depression such as helplessness or hopelessness or self-loathing.