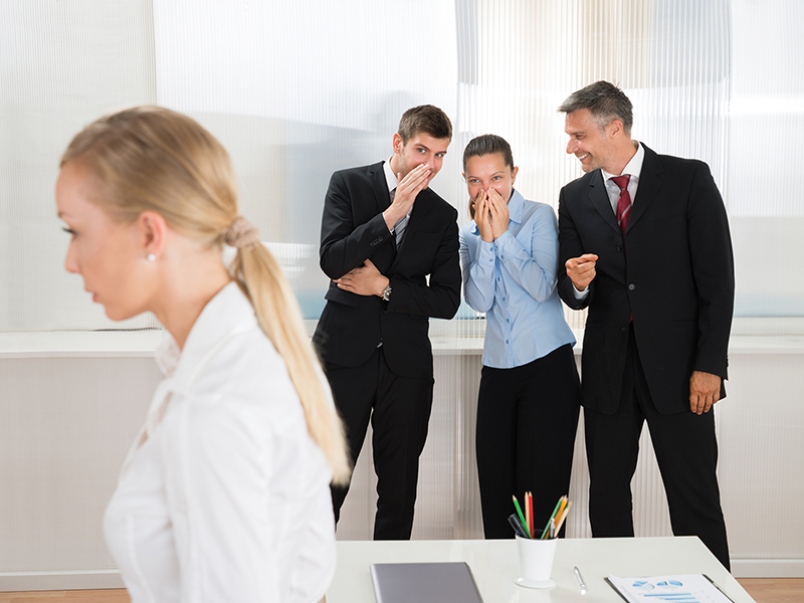 The researchers found that people who are bullied at work or experience violence at work are at higher risk of heart and brain blood vessel problems, including heart attacks and stroke. Theirs was the largest prospective study to investigate the link, which is published in the European Heart Journal.

Although the study is observational and, therefore, cannot show that workplace bullying or violence cause cardiovascular problems, only that there is an association, the researchers say their results are robust and have important implications for employers and national governments.

The researchers looked at data from 79,201 working men and women in Denmark and Sweden, aged 18 to 65, with no history of cardiovascular disease (CVD), who were participants in three studies that started between 1995 and 2011 and who have been followed up ever since. When they joined the studies, the participants were asked about bullying and violence in the workplace and how frequently they experienced each of them. Information on the number of cases of heart and brain blood vessel disease and deaths was obtained from nationwide registries.

The researchers also took account of other factors that could affect whether or not the participants were affected by CVD, such as body mass index, alcohol consumption, smoking, mental disorders and other pre-existing health conditions, shift working and occupation.

Nine per cent of participants reported being bullied at work and 13% reported experiencing violence or threats of violence at work in the past year. After adjusting for age, sex, country of birth, marital status and level of education, the researchers found that those who were bullied or experienced violence (or threats of violence) at work had a 59% and 25% higher risk of CVD respectively compared to people who were not exposed to bullying or violence.

The more bullying or violence that was encountered, the greater the risk of CVD. Compared with people who did not suffer bullying, people who reported being bullied frequently (the equivalent to being bullied almost every day) in the past 12 months had 120% higher risk of CVD, while those who were exposed most frequently to workplace violence had a 36% higher risk of stroke.

“Workplace bullying and workplace violence are distinct social stressors at work,” said the lead author. “Only 10-14% of those exposed to at least one type of exposure were suffering from the other at the same time. These stressful events are related to a higher risk of cardiovascular disease in a dose-response manner—in other words, the greater the exposure to the bullying or violence, the greater the risk of cardiovascular disease.

“We provide empirical evidence in support of a causal relation, between bullying and violence at work and CVD especially given the plausible biological pathway between workplace major stressors and cardiovascular disease. This is further supported by the dose-response trend and the robustness of the results in various sensitivity analyses.”

The researchers believe that high blood pressure is likely to be the violence/bullying and CVD link as it is known that severe stress can increase blood pressure. In addition, exposure to bullying and violence may lead to anxiety and depression which, in turn, can lead to over-eating and excessive alcohol consumption.

So, what? A number of factors can play a role in the development of cardiovascular disease, including the environment and events in a person’s early life, how they cope with stress, and pre-existing psychological problems, all of which could affect the way they behave in the workplace and respond to situations encountered there.

However, a number of recent studies (see previous TRs) have shown that workplace misbehavior—bullying, violence, bad or inappropriate management styles, persistent undue criticism, threat of job loss—lead to heightened stress which, as the researchers point out, itself is a known cardiovascular risk.

Link between income inequality and physical activity for women, but not for men.

A paper published in the Journal of Public Health finds that women from areas with high income inequality are less likely to meet overall physical activity recommendations than men from the same geographical area, which is a really interesting finding in terms of how the increasing inequality effects the two genders.