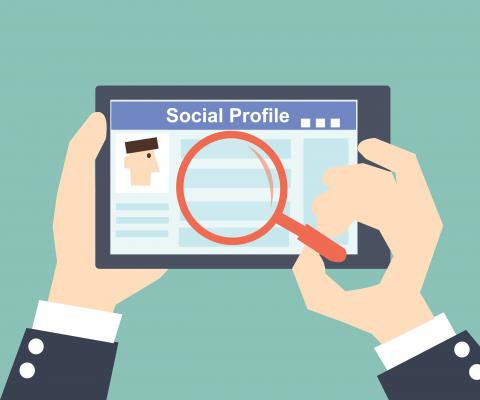 What the researchers say: For the study, researchers set up an experiment that involved sending more than 800 applications from two fictitious applicants who differed in their cities of origin, a typical French town (Brives-la-Gaillarde) or Marrakesh, Morocco. This information is available only on their Facebook profiles, not on the resumes or the cover letters sent to recruiters. The investigators selected job openings published in over several months on the French public agency for employment website Pôle emploi.

A significant 41.7% gap between the two applicants’ callback rates highlighted that personal online profiles are used by recruiters as a source of information to discriminate against applicants of foreign origin.

During the experiment, the Facebook default layout changed as Facebook introduced sub-tabs within profiles. This change reduced the salience of the information related to the applicants’ language spoken. After the layout change, the difference in callback rates faded away. This suggests that the screening conducted by the employers does not go beyond the main pages of profiles. It also indicates that design choices made by online platforms, such as which information is displayed and how it is displayed, may have important consequences on the extent of discrimination.

“This study illustrates that design choices made by online platforms can dramatically affect a decision like calling back, or not, an applicant for a job interview. Internet companies should integrate this fact into their design thinking,” said the lead author.

So, what? That employers should be allowed to do this is extraordinary in itself. Even more extraordinary is the lack of scientific rigor in recruiting. Any geneticist can tell you that there is no genetic difference between someone born in France or Morocco in terms of ability, intelligence, motivation or any of the traits that employers are looking for.

And don’t get me started on the use of psychometrics to judge the personality or ability of a potential recruit. As I have said before, they have no scientific validity whatsoever when used for that purpose.