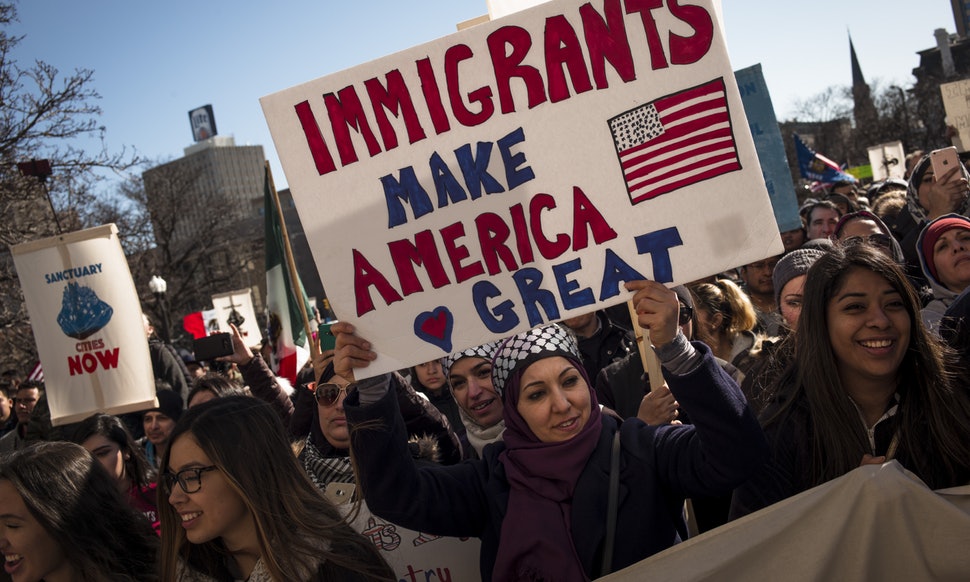 Fear of immigrants seems to be the dominant feeling exploited by so many politicians from Boris Johnson in the UK to Victor Orban in Hungary and to DT in the US (to name but a few). Recently scientists have been taking a closer look at the reasons that we are so afraid of those who are different to us. Many of those studies have been covered in past TRs.

Some new research in this area is really interesting as it looks at the fear of those with dual identity. The researchers found that this negative bias is driven by fear that dual-identity individuals will be disloyal to the majority. In DT’s words they’re terrorists at heart.

Yet, the researchers also found that this bias can be offset when minority-group members demonstrate their loyalty to the majority or dominant group. The paper was published in the Journal of Personality and Social Psychology.

In the first study, through an online platform, the research team recruited study participants who were randomly assigned to different scenarios. The researchers provided half of the participants with information about the 2015 ISIS-inspired terrorist attack in San Bernadino, California; others were given no details about the attack. Then participants were asked to assess the loyalty of a fictional immigrant named Mohammed, who they were told either identified as American only, or as both American and Arab.

The researchers found that the participants felt significantly less positive about the immigrant espousing a dual identity compared to those with a single, common identity, even if it’s just “Arab.” Unsurprisingly the negative bias was greater for those primed with the example of the terrorist attack.

Yet, importantly, in one of their experiments, the researchers also discovered that the negative bias toward dual-identifiers could be disrupted under certain conditions. For example, participants felt more positively toward minority-group members—even those preferring two identities—if they had been told that the minority individual had risked his or her life for the majority.

Taken together, the experiments offer insight into the underlying psychology of intergroup conflicts. “People value loyalty and they tend to expect it from newcomers,” said the lead author. “This can be seen as a natural tendency that people show across contexts.”

So, what? According to the researchers this understanding of the reasons behind majority-group suspicions of minorities can help improve dynamics between groups, as well as the treatment of immigrants and minorities. “If the common assumption is that immigrant groups are disloyal to the nation they move to, challenging this assumption might improve relations across societies,” they said.

I’m not so sure. I think that challenging deeply-held assumptions really only solidifies them. Previous research—in TR of course—shows that an emphasis on multiculturalism tends to divide people and reduce assimilation. This has certainly been found to be the case in the US.

The only way to ease the majority’s fear of dual-identity people, it seems to me, is to emphasize commonality—and this tribe—rather than celebrate difference. The “how we’re different” can and will be exploited, the “what we have in common” cannot.

Commonality and the blame game.

The way people view the social exclusion of others is heavily influenced by how similar the group members are to each other, according to a study in the Journal of Personality and Social Psychology.