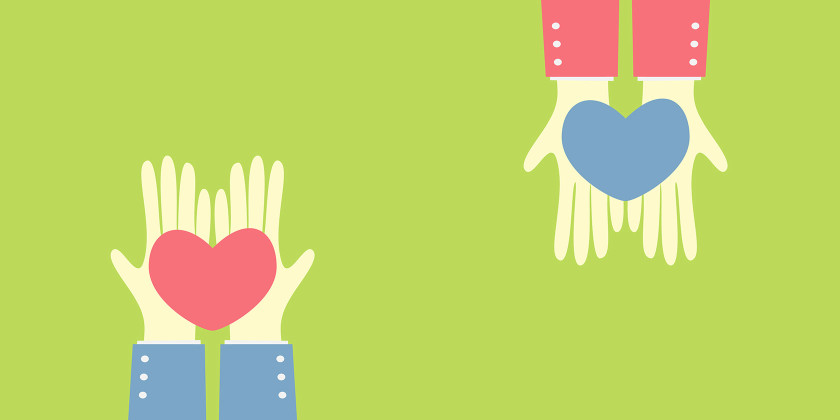 What happens to those who behave unselfishly and make sacrifices for the sake of others? According to an international interdisciplinary study unselfish people tend both to have more children, and to have higher income, in comparison to more selfish people. The results are published in the Journal of Personality and Social Psychology.

What the researchers say: “The result is clear in both the American and the European data. The most unselfish people have the most children and the highest salaries,” says the lead author.

The result is contrary to previous research suggesting that selfish people manage to get their hands on more money through their selfishness.

Previous psychological and sociological research has shown that unselfish people are happier and have better social relationships. The present study focuses on unselfishness from an economical and evolutionary perspective. And in particular how selfishness relates to income and fertility. Selfishness was measured partly through attitudes and partly through reported behaviors.

“In a separate study, we examined the expectations of ordinary people to see if their expectations aligned with our data. The results of this study showed that people generally have the correct expectation that selfish people have fewer children, but erroneously believe that selfish people will make more money. It is nice to see that generosity so often pays off in the long run,” said the co-author

The authors believe that improved social relationships may be the key to generous peoples’ economic success.

“Future research will have to delve deeper into the reasons why generous people earn more, and look at whether the link between unselfishness, higher salaries and more children also exists in other parts of the world. And it’s of course debatable how unselfish it really is to have more children,” says the co-author.

So, what? Isn’t it nice to have the good news?

More seriously if this series of studies is replicated it will confirm two of the leading evolutionary theories of human motivation—we are genetically driven to help and protect the group we feel we belong to and because this is an aid to the perpetuation and growth in the species the genes that are involved will be selected for and will therefore lead to individual economic and reproductive success.

That’s, of course, why there are so many of us.

Your bad boss could turn you into a great boss

A new study suggests abuse and mistreatment by those at the top of an organization do not necessarily lead to abusive behavior by lower-level leaders. When offered leadership opportunities, prior victims of workplace abuse are more likely to treat their own subordinates better by learning from the bad behavior of their bosses.