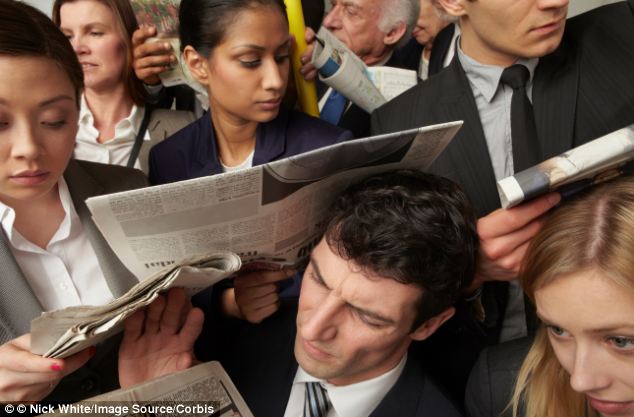 Much has been written lately in academic journals (although less so in the popular press) about the human need for “defensive space.” Broadly defined it’s the space around you that you feel you have some control over. It’s a concept, primarily used in town planning, that is gradually creeping into the design and lay-out of office space and other work environments. It is something that I am personally very keen on promoting because of its clear links with our neurogenetics.

However little research has been done on how it applies to individuals. That is now being remedied and a new study throws some interesting light on how our sense of defensible space changes with the people around you.   For example, have you ever felt the urge to cross the road or move seats on a train after a conversation taking place nearby suddenly becomes aggressive? Well, for the first time a scientific study has shown how this phenomenon works. The research, published by the journal PLOS ONE.

What the researchers say: The experiment involved participants listening to two recorded conversations between people, one aggressive and one neutral. After listening to each conversation, the psychologists measured the comfortable level of that person’s interpersonal space using a ‘stop-distance’ technique. This involved participants listening to a recording of footsteps walking towards them immediately after the conversations ended.   They were asked to stop the recording as soon as the footsteps were too close to them and they started to feel uncomfortable. By using the sound of footsteps rather than someone physically walking towards them, it removed any visual bias based on physical appearance.

After listening to the aggressive conversation, the participants stopped the sound of the approaching footsteps further away from their body (on average 7 seconds away) compared to after listening to a neutral conversation (4.5 seconds away), implying that people want to distance themselves more from others immediately after hearing an ill-tempered conversation.   “Interpersonal space, or defensive space, is the space we maintain between ourselves and others to feel comfortable,” explained the lead author. “In this study, we showed for the first time that the tone of social interactions influences the size of this space, even when we are not directly involved in the interaction.

“We found that the average size of someone’s interpersonal space becomes larger after listening to an aggressive conversation taking place nearby. This is likely to be an attempt to maintain a safety zone around ourselves and avoid any interaction or confrontation with those involved in the aggressive conversation.”

So, what? This reinforces the point that we have been making for a while. If people are too close together—in open plan offices, in overcrowded restaurants, trains, aircraft, apartments with thin walls etc. then they can become very stressed—especially if they hear angry or aggressive conversations. In many of these situations one is almost bound to overhear these—for example angry telephone conversations you hear one side of, or a harsh criticism of another person, or an angry rejoinder (even whispered). All of these are stressors and the defensive response is to move one’s seat on the train, to demand another table at a restaurant or to quit the job.

What now? Employers, architects, restaurateurs, transport officials etc. must understand that there is an inherent need for defensible space in all human beings. It is part of our need for safety. The lack of it can create problems as severe as PTSD if they are encountered too often.