How social rank can trigger vulnerability to stress 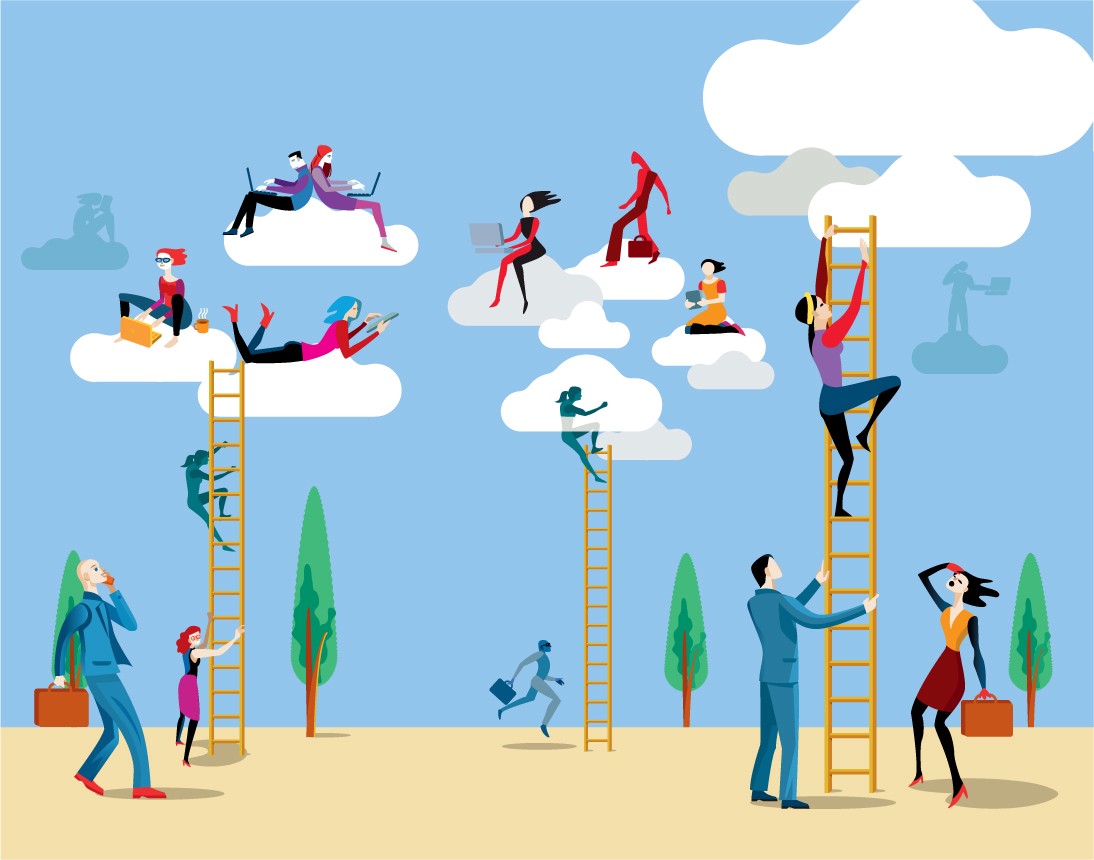 Stress is a major risk factor for a range of mental health issues. However, stress does not affect everyone equally: in the face of sustained adversity, some people develop depression symptoms while others adapt and remain resilient. It’s important for employers and society at large to identify risk factors leading to stress-induced depression.   One of the obvious factors in stress, especially workplace stress is the social structure of the environment.  Scientists have now shown that social organization can be a determinant as to how people deal with various stressors leading to chronic stress.  They have also found that lower brain energy metabolism (how actively a person’s brain works) is a predictive biomarker for both the feeling of social status and susceptibility to stress-induced depression. The work is published in Current Biology.   Previous mouse studies have repeatedly shown that following exposure to defeat experiences, some mice show signs of depression such as avoiding social contact, while other mice behave as unstressed, retaining normal social interests. But most of this work identified vulnerability in the mice based on symptoms developed after stress exposure, not before.

The researchers behind this study were intrigued by the fact that differing vulnerability to stress was observed in mice which were genetically identical. The mice in the study had also been exposed to the same housing and living conditions to exclude the influence genetic factors or issues related to early life trauma.   Since mice typically live in groups of four per cage, the scientists reasoned that the hierarchical order established within the homecage might be related to their vulnerability to stress. By giving mice from the same homecage competitive challenges, the researchers could identify the dominant and the subordinate animals in each group. Then, following chronic stress exposure, they found that dominant animals are the ones that display a susceptibility to stress by showing strong social avoidance.

On the other hand, subordinate mice behaved like the non-stressed ones, showing resilience. Exactly the opposite of what was expected.   Subsequently, the scientists used an in vivo neuroimaging technique known as proton nuclear magnetic resonance (1H-NMR) spectroscopy that measures metabolite levels in the living brain. They focused on two brain regions: the nucleus accumbens, which is involved in motivation and reward, and the medial prefrontal cortex, which is involved in planning.

The neuroimaging showed that the activity level of energy molecules the nucleus accumbens related to both social status and vulnerability to stress. More precisely, non-stressed, subordinate individuals showed lower levels of molecules related to energy production (glutamate, phosphocreatine, total creatine, N-acetylaspartate, and taurine) in the nucleus accumbens than dominant mice. But after exposure to chronic stress, the levels of energy-related metabolites were increased in subordinate, but not in dominant mice.   The study is the first to non-invasively identify risk factors and biomarkers that predict social status and stress-induced depression-like behavior. On an experimental level, the findings can now help make progress on investigating the mechanisms related to vulnerability and resilience to stress, and will help stratifying individuals in larger studies in the future. On a clinical level, the study shows that energy metabolism in the nucleus accumbens can be a potential biomarker for stress vulnerability. And the study also has multiple implications on a societal level, given the ubiquitous nature of hierarchies in our society.

“Our findings reinforce the view that losing status is more pertinent to depression than social subordination,” says Carmen Sandi. “In the future, it will be important to study whether social status can also predict depression or anxiety when individuals are chronically exposed to stressors of a non-social nature”. The group will now capitalize on these findings to investigate the value of interventions that target energy metabolism in the brain, in order to help vulnerable individuals to cope with stress.

So what? This mouse study is hugely important because it shows on a molecular level the link between dominant status and stress/depression. A number of human studies have shown that humans who hold high social status (e.g. CEOs in companies) are overall less stressed than those lower down.

This is largely because they actually face fewer stressors inside and outside of work (e.g. fewer financial strains, having to please immediate superiors, over-or-underwork etc.). However it would seem from this research that if they are faced with the same stress levels as those who work under them they are likely to be more prone to depression—and thus faulty judgement.

What evolutionary psychologists and psychiatrists have known for a long time (at least since the seminal work by Anthony Stevens and John Price “Evolutionary Psychiatry” –Routledge, 1996) is that human beings, unlike mice and chimpanzees, are not naturally hierarchical animals. We crave status because status equals safety. However in terms of human DNA status is not the same as rank. To humans status equals the perception of social value—whether that’s the ability to offer protection, to find food, to give comfort or to meet other needs. I observed, in the time I studied hunter-gatherers, that they eschew rank as such and have many taboos and customs in place to prevent the development of hierarchy. Rank—hierarchy—as we know it came with farming and institution of private ownership (which is unknown to H-Gs) a mere 10,000 years ago.   If having a high or dominant social rank predisposes one to depression-like symptoms under stress—as this study shows—then the absence of it is a clear evolutionary advantage since life on the savannah for unprotected species such as the various hominids from Australopithecus on  was inherently stressful.

What now? As this study shows, if you’re going to have a great deal of stress in your factory or office complex then it’s a very good idea to avoid hierarchy. In that case it’s the survival of the flattest. People of senior rank will crack under stress and retreat into depression.