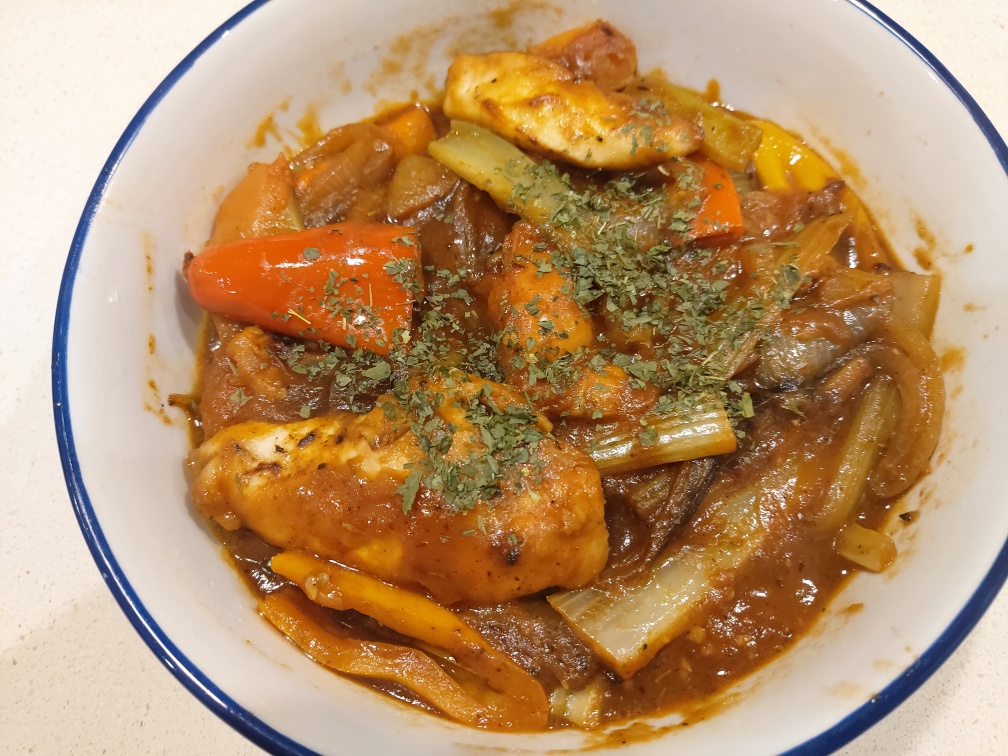 In my youth and into my twenties I was a passionate student of ancient history. I never got to Greece or Egypt, but I enthusiastically explored Roman remains in France, Italy and the UK. I produced a TV special for the BBC about building a Roman villa and adapting it to our modern lifestyle.

Unfortunately, I became more socially aware as I grew older and came to see how really terrible the ancient empires were to ordinary people—they all had slaves for example. Their rulers made the likes of Putin and DT seem tame by comparison. In fact, they got to a point—all of them—where the level of inequality was such that they collapsed. The rotten core of the Roman empire succumbed when social inequality meant that there was nothing worthwhile left to defend.

So why today’s recipe? Well, it has nothing to do with ancient Rome, but is popular in modern Italy. The Romans didn’t know of capsicums or tomatoes—both of which came to Europe much later from South America. Chickens were on the Roman menu. However, chickens were also regarded as sacred by the priests and were used for making auguries. Nothing significant was undertaken in the Senate or in the armies, without omens being drawn from the sacred chickens (who were killed and dissected).

The Romans used garlic as a drink, a medicine and as part of a meal rather than as a flavoring. It is today regarded as one of the prime superfoods. I use it in almost all my recipes. Capsicums and tomatoes are both also great health foods. As you probably have noticed I use both a lot.

Both celery and mushrooms are considered by some to be superfoods. Alicia is not a celery fan, so I substituted mushrooms for her. She loves cooked mushrooms.

This recipe can be made with firm tofu and tastes just as good—follow the same directions but cook the tofu a bit less.