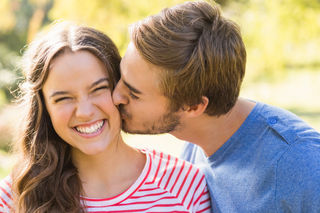 What the researchers say: For the study, published in the journal Psychophysiology, 102 participants were asked to complete a stressful task—submerging one foot into 3 inches of water of 38  degrees Fahrenheit (3.33 degrees Celsius). Researchers measured participants’ blood pressure, heart rate and heart rate variability before, during and after the task.

The effect on blood pressure reactivity was just as powerful whether the partner was physically present or merely conjured mentally.

Although previous studies have suggested that having a partner present or visualizing a partner can help manage the body’s physiological response to stress, the new study suggests that the two things are equally effective—at least when it comes to blood pressure.

So, what? The findings of this study are neither new or revolutionary, but rather confirm many other studies. In neurogenetic terms it proves the power of the oxytocin reward system. I suspect that a study which swaps a romantic partner with a trusted friend or colleague would achieve the same result. In fact, quite a few studies since the famous 1999 Connecticut study have shown that an operation or any medical procedure’s success depends on the level of trust between a physician and his or her patient.

The risk of dying between the ages of one and 24 is substantially higher for children whose parents have lower levels of education, lower levels of income, or for those who live in a single-parent family.