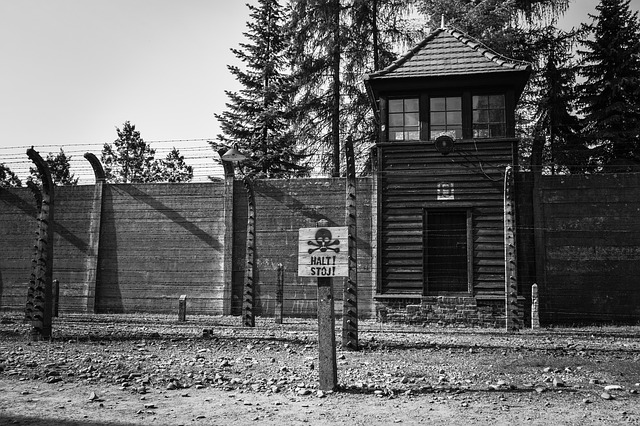 It’s appropriate that this surprising and rather shocking study of the ongoing legacy of the holocaust should be published so close to last month’s 75th anniversary of the liberation of Auschwitz.

The researchers asked who–or what–is to blame for the xenophobia, political intolerance and radical political parties spreading through Germany and the rest of Europe? The new study shows a major factor is people's proximity to former Nazi concentration camps.

The study appears in the journal American Political Science Review. The researchers were interested in understanding why some Europeans are more xenophobic, less accepting of “outgroups” and more supportive of radical right-wing political parties.

They focused closely on Germany but also examined other parts of Europe. They looked at survey responses from the European Values Study and the German General Social Survey as well as recent electoral results. They were especially interested in explaining intolerance toward Jews, Muslims and foreigners and support for radical right-wing parties. The researchers also used census data, information on the location of Third Reich concentration camps and historical election results.

The researchers found consistent evidence that present-day Germans who live closer to concentration camp sites are more xenophobic; less tolerant of Jews, Muslims and immigrants; and more likely to support extreme right-wing political parties. They also found preliminary evidence of this behavior in other parts of Europe.

What the researchers say: “We believe that individuals living near concentration camps during World War II were more likely to conform to the beliefs system of the regime,” said the lead author. “And we think this was because of cognitive dissonance.”

Cognitive dissonance is the process of people justifying new information and beliefs that don't necessarily align their values in order to eliminate feelings of guilt or psychological discomfort. In the case of the Holocaust, these beliefs were passed down from generation to generation, the researchers said.

“While the causes of the Holocaust have attracted ample scholarly attention, its long-term sociopolitical consequences are less understood,” they explained. “Our evidence proves that when it comes to political attitudes, these consequences are real and measurable even today. The prejudice that this racist and inhumane institution instilled in the local population is hard to erase even after the institution itself is long gone.”

Prior research in the U.S. has established a similar link between extreme political beliefs or racism and proximity to areas that once were home to a large number of slaves (see past TRs). These historical explanations for present-day prejudice are especially timely, he said, as political developments in the U.S. and Europe have brought intolerance toward marginalized groups back into the limelight.

“It is important to understand both contemporary factors and historical legacies that make exclusionary political appeals attractive,” the lead author said.

So, what? A guru of mine who was a historian, a scientist and a philosopher explained the impact of history thus: Every major event in history is like a large object striking the earth or the ocean. The shockwaves from the impact, or the ripples in time (as he called them—very Dr Whoish) from the historical event go on forever.

The Holocaust in Europe and slavery and the Civil War in the US were such impacts, and because they’re relatively recent the shock waves are still strong. The closer to the impact zone (of history or asteroids) the greater the immediate effect. They will still be having effects on our descendants a thousand years from now, only less so and, I hope, more benign.

Dark side to CEOs with high integrity

Are CEOs with high integrity a negative influence on innovation, pro activeness and risk-taking?