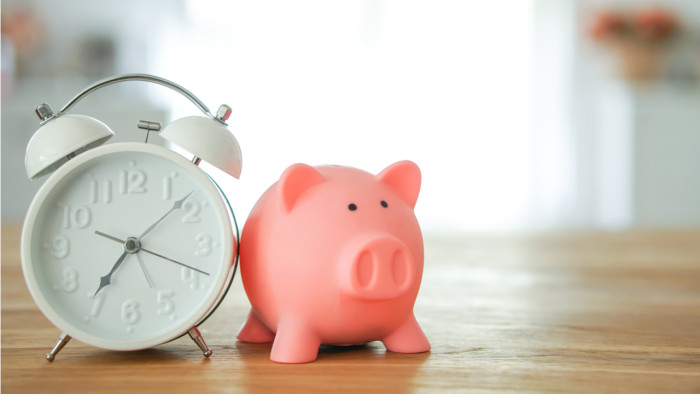 What the researchers say: “People who hire a housecleaner or pay the kid next door to mow the lawn might feel like they're being lazy,” said study’s lead author. “But our results suggest that buying time has similar benefits for happiness as having more money.”

The researchers surveyed more than 6,000 adults in the United States, Denmark, Canada and the Netherlands. Respondents were asked if and how much they spent each month to buy themselves free time. They also rated their life satisfaction, and answered questions about feelings of time stress.

Respondents who spent money on time saving purchases reported greater life satisfaction. The effect held up even after controlling for income.

“The benefits of buying time aren't just for wealthy people,” said the researchers. “We thought the effects might only hold up for people with quite a bit of disposable income, but to our surprise, we found the same effects across the income spectrum.”

Despite the benefits, the researchers were surprised to discover how few people choose to spend their money on time saving purchases in daily life. Even in a sample of 850 millionaires who were surveyed, almost half reported spending no money outsourcing disliked tasks. A survey of 98 working adults asking how they would spend a windfall of $40 also revealed that only two per cent would use it in a way that saved them time.

“Although buying time can serve as a buffer against the time pressures of daily life, few people are doing it even when they can afford it,” they said. “Lots of research has shown that people benefit from buying their way into pleasant experiences, but our research suggests people should also consider buying their way out of unpleasant experiences.”

So what? Well, well. So happiness equals leisure time. What a surprise (see hunter-gatherers piece above)! The truth is that we humans are wired to work no more than 10 - 15 hours a week and not to have personal ownership of anything. Those are deep within our DNA. Ownership—materialism—causes stress just as overwork does. Anytime that we go against our design specs we become stressed, and our society is incredibly stressful.

So why don’t people buy spare time? Why do we overwork? The reason is that we are forced by social pressures and artificial scarcity to see owning material goods as part of our safety and our status (which itself is closely linked to safety). We also believe that ownership will draw us closer to those whose tribe we feel we belong (or wish to belong) to. We tend to overwork partly because our workplace tribe is the only real-time (as opposed to virtual) social organization that many of us have.

What now? If we play our cards right—and don’t allow the DT’s, the Googles and other moguls of this world to destroy the prospect—we can use technology to free us from both work and ownership. Status then becomes what it was originally—recognition of what we do for others of our tribe, how altruistic we are and how genuine our empathy. There’s a thought.

Even in competitive markets, shareholders bear burden of corruption

Low-profit firms in competitive environments are particularly vulnerable when operating in corrupt areas.