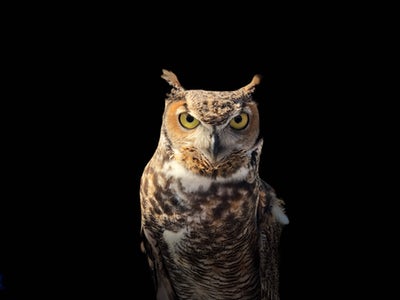 A growing body of evidence suggests wisdom is a complex concept that contributes to mental health and happiness, according to a review in the May/June issue of Harvard Review of Psychiatry.

Different aspects of wisdom may be traced to specific areas of the brain, and might possibly be enhanced by behavioral interventions, suggests a new study.

What the researchers say: “Wisdom has important implications at both individual and societal levels, and warrants further research as a major contributor to human thriving,” says the lead author.

What is wisdom? While it has been discussed in religion and philosophy for centuries, scientific research on wisdom has accelerated in the past few decades. Although it may seem impossible to define and measure wisdom, the researchers behind this study note that research has demonstrated the validity of other psychological constructs such as consciousness, stress, and resilience.

Based on an in-depth review from ancient writings to modern times, the authors propose that wisdom can be defined as “a complex human trait with several specific components: social decision making, emotion regulation, prosocial behaviors, self-reflection, acceptance of uncertainty, decisiveness, and spirituality.” Over the years, several approaches to measuring wisdom have been proposed, although each has its limitations.

The basic concept of wisdom has always been the same, suggesting it “probably has an underlying neurobiological basis.” The researchers propose a model of the neurobiology of wisdom, localized mainly to two areas of the brain: the prefrontal cortex and limbic striatum.“Emerging research suggests that wisdom is linked to better overall health, well-being, happiness, life satisfaction, and resilience,” the researchers add.

Wisdom seems to increase with age despite decreased physical health and has been linked to better quality of life. Enhancing wisdom in older age may even confer an evolutionary advantage:“Despite the loss of their own fertility and physical health, older adults help increase their children’s well-being, health, longevity, and fertility—the ‘Grandma Hypothesis’ of wisdom.” The authors propose a model of the development of wisdom, involving genetics, environment, and epigenetics.

Wisdom’s positive effects on health and well-being raise an intriguing question: Can wisdom be increased? While research is limited so far, psychosocial and possibly biological interventions to enhance the function of brain areas involved might lead to enhanced wisdom. The researchers call for “a greater emphasis on promoting wisdom through our educational systems from elementary to professional schools.”

Such efforts might have important benefits, with increases in wisdom leading to improved health and well-being on the societal as well as individual level. The authors conclude, “There is a need to expand empirical research on wisdom, given its immense but largely untapped potential for enhancing mental health of individuals and promoting well-being of the society at large.”

So, what?  The researchers are right, I believe, in saying wisdom is a beneficial evolutionary trait and that it lies in the prefrontal cortex and the ventral striatum. If I had to guess where the physical location of wisdom was in the brain, those are the areas I’d point to (as I have done in past TRs).