Bullying part one - What is it and what kinds of people become bullies? 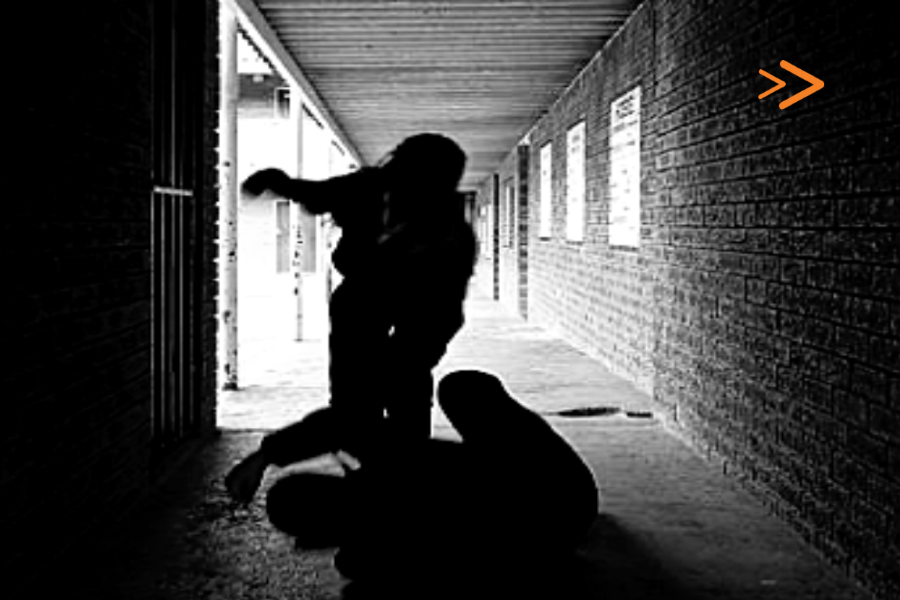 There are six things about bullying that most people either don’t know or don’t understand:

By most people’s reckoning, Donald Trump is a bully. But so are many corporate leaders, school principals and kids in kindergarten.

Bullying and harassment are increasingly seen in workplaces, in schools and in society. In both the workplace and in schools, bullying increased by 35% between 2016 and 2018. Part of this is awareness, but there’s also a genuine upsurge due to increasing stress and a declining sense of satisfaction with life.

As a result, there’s been considerable research recently into the prevalence, causes and results of bullying. As there has been of sexual harassment. And yet throughout the world, bullying is still primarily legal.

Although sexual harassment and bullying are treated as separate things, I believe that bullying and most forms of harassment are the same problem in different disguises. A sexual harasser is a bully and the genetic, contextual and psychiatric problems behind them are very similar.

In some professions, such as law and medicine, bullying and harassment are rife and have been for decades. When Alicia and I began working together, our first major clients were the large US medical centers (teaching hospitals). Since we were seen as experts in the field of relationships, we were most often called in to help with problems between doctors and nurses, and between doctors and patients (we were part of the patient-centered care movement).

Very soon we found that the main problem was a pervasive culture of bullying in most of those institutions. And that culture is still there.

Later, as we broadened our practice to work with financial services organizations, multinational corporations and consultancies, we found the same problems being played out.

The question—as it always is—is “why?” I want to try and answer that, but first let’s have a look at what bullying actually is.

“Bullying”, like “sexual harassment”, is a sloppy word. Sloppy words are those we use to signal disdain for a person or action without having to go through the bother of saying what we mean by them. And that’s a problem. It creates a gaping hole which real perps can easily slip through—as well as creating a fine net in which innocent people can get caught and unfairly punished.

As a scientist I hate loose talk. I want people to define the terms they use (scientists can be very annoying like that). Otherwise we get into endless quasi-theological debate. Look at the simple phrase “Thou shalt not kill!” Seems obvious, doesn’t it? Yet for millennia we’ve argued about what it means, allowing the killing to go on.

So, it is with “you must not bully your fellow employees (siblings, spouse, classmates etc.).”

Though there are many definitions of bullying, they mostly go something like this: “seek to harm, intimidate, or coerce (someone perceived as vulnerable).” This is okay as far as it goes, but it still leaves three generalities to play with, so doesn’t get you very far. You still don’t know what actions, inactions or generalized behaviors constitute bullying and knowing these, as I’ll explain in part two, is the key to cure.

However you define the term, there are three distinct forms of bullying:

Recent research has shown that women and girls tend to use relational bullying more than males do. Men and boys are more prone to use physical violence in their bullying and verbal bullying is employed almost equally.

In discussing bullying or harassment, even within the framework of the three categories, there are a wide range of cultural issues involved. Behavior that’s classed as bullying in Tibet may not be in Lithuania. And it’s not just between countries where there are differences. In organizations or communities of any size, there may be competing cultures and subdivisions within cultures. Each may see “bullying” or “harassing” behaviors differently.

In order to be clear what we are talking about, let me propose a new definition of bullying: “Bullying is a set of behaviors done by one person or group of people to another person or group that a society believes should not be tolerated but which generally fall short of criminal conduct.”

Communal bullying—where one person or group tries to impose their standards has been much in the news. I asked Dr Miranda Murray, a philosopher, to give me her take on what this kind of behavior is all about. Why does one race, or people of a religious or political persuasion, seek to bully other members of the community to which they jointly belong. She put it this way:

What’s common to all bullies and harassers is their desire to disempower and denigrate their victims. Many, if not most, bullies have been victims of bullying themselves or feel disempowered for some other reason. The reasons for this lie in both environmental factors and the genetic make-up of both victims and bullies.

In a study published late last year in the journal Behavior Genetics, the researchers found that around 70% of the propensity to be either a bully or a victim (or both) was genetic. It’s not that they can’t help being either, it’s just that they have to try harder not to be. The genetic drive to bully runs in families—witness Fred Trump Snr, son Donald and grandson Donald Jnr. It’s quite literally bred into them.

The researchers found that relational bullying was far more due to contextual and environmental influences than genes. However, as far as the other kinds of bullying are concerned, both males and females were equally genetically predisposed.

Both bully/victims and victims tend to suffer from depression, though bullies who are not victims as well, do not. All three tend initially to lack social support and there is a considerable body of research indicating that bullies get encouragement through their behavior. Adults and children tend to see bullies as powerful and this draws support. People like to be around power; it gives them a sense of reflected self-esteem and empowerment. This is why you have so many people loyal to DT despite his egregious behavior.

Other recent research has shown that bullying is ubiquitous in all cultures and may be an evolutionary adaption, particularly among males. Male bullies tend to attract more females—more mates. In other words, bullying and harassment may be built-in features of our species (and of many non-human animals). Male school, and even kindergarten, bullies are practicing for their adolescent and adult dominant roles.

There seems little argument that bullies have many of the same genes that drive people to want to become leaders, whether it’s in politics, industry, religion or the military. What is known is that bully-leaders tend to make decisions that are in their own best interests rather than in the interests of the organizations they lead. Frequently, their behavior leads to immeasurable harm to those businesses, governments, and organizations and people in them.

Can you become a bully if you don’t have the genetics for it? Probably, though not certainly.

Several studies have shown that the main non-genetic driver of bully creation (male and female) is parent/child conflict. An angry, abusive, demanding or critical parent is more likely to produce both a bully and a victim (or if there are siblings, probably one or more of each).

Another way in which people become bullies is through the action of the glutamate system. Recent research has shown that people become more prone to unethical and bullying behavior if they have been forced to be “ethical” and “well behaved” when they are under stress. Largely this is the result of depletion of the amount of glutamate in the neurochemical system.

Glutamate is a reward neurochemical that we need to function well. We get it when we eat, and it bolsters our mental energy and makes us more relaxed, open to persuasion and also more tolerant of other people. After a time, this becomes depleted and when this happens, our ethical and behavioral standards get depleted as well.

It seems that humans are only capable of being ethical for a limited period of time.

When glutamate depletion happens, we are more likely to bully members of our team, or our family or our classmates—or engage in harassment.

Often these bullies are very successful people—their success coming from the effort they have expended being nice and accommodating to clients, customers or other stakeholders and therefore the glutamate they have used. Like rainmaking partners in law firms, they’re often protected and rewarded by management.

Glutamate deprived bullying is usually physical or verbal, rarely relational. It can happen with either men or women.

But the point to end on, I think, is that despite the genetics and the upbringing, and the ethical depletion, bullying and harassment are not inevitable. What’s more, the behavior that bullies indulge in can be rectified. Attitudes can be changed, both in the bully and in his or her victims.

It’s the how-to of this that I want to explore in the next article. I will show you what the latest research shows works, and what doesn’t, in bullying and harassment prevention and how you stop kids from becoming bullies in the first place. Stay tuned.

Bullying part one - What is it and what kinds of people become bullies?

In both the workplace and in schools, bullying increased by 35% between 2016 and 2018. Part of this is awareness, but there’s also a genuine upsurge due to increasing stress and a declining sense of satisfaction with life.