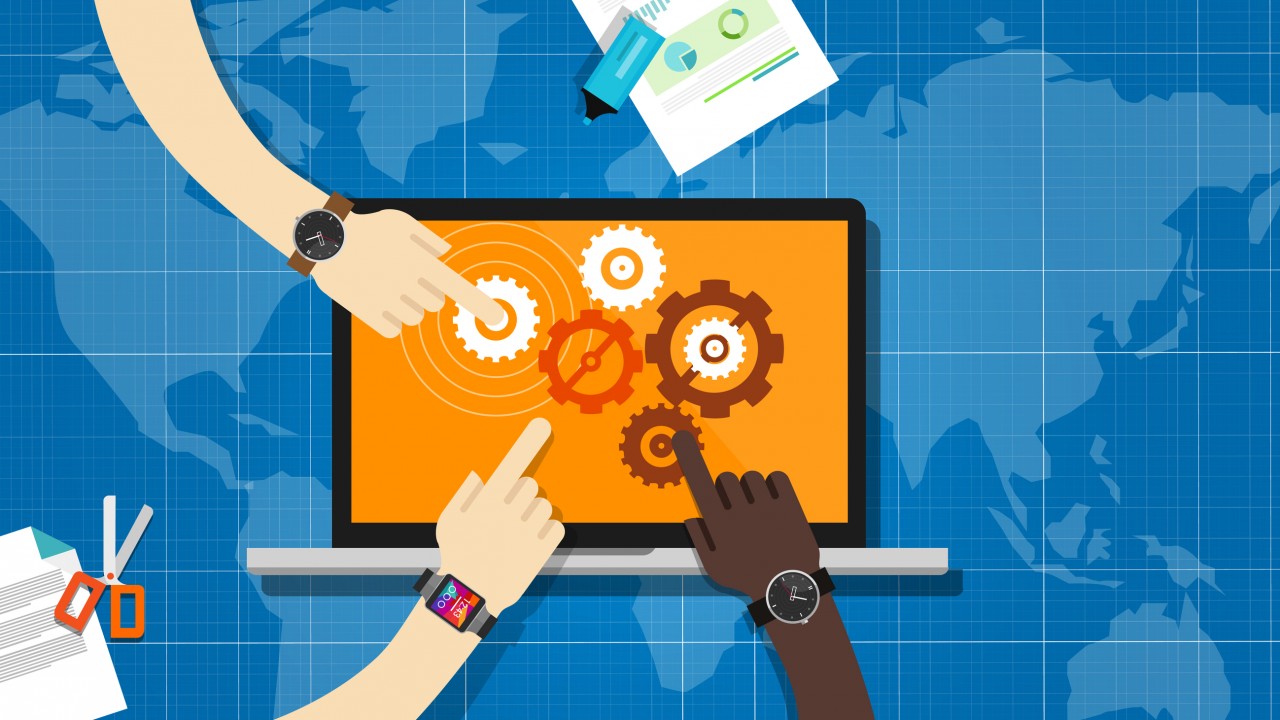 The march toward always-on technology may hinder groups’ ability to solve complex problems, according to a just-published study.   More than a decade after the introduction of the first smartphone, we are now awash in always-on technologies--email, IM, social media, Slack, Yammer, and so on. All that connectivity means we are constantly sharing our ideas, knowledge, thinking, and answers. Surely that “wisdom of the crowd” is good for problem-solving at work, right? Actually, maybe wrong.

What the researchers say: The new research published in Proceedings of the National Academy of Sciences of the United States of America (PNAS), suggests that “always on” may not be always effective. “Intermittently on” might, instead, be better for complex problem-solving.   In their study, the researchers put together and studied the results of a number of three-person groups performing a complex problem-solving task. The members of one set of groups never interacted with each other electronically, solving the problem in complete isolation; members of another set of groups constantly interacted with each other electronically, as we do when equipped with always-on technologies; and a third set of groups interacted only intermittently.   From prior research, the researchers anticipated that the groups in which members never electronically interacted would be the most creative, coming up with the largest number of unique solutions--including some of the best and some of the worst--representing a high level of variation that sprang from their working alone. In short, they expected the isolated individuals to produce a few fantastic solutions but have, as a group, a low average quality of solution (due to the variation). That proved to be the case.

The researchers also anticipated that the groups that constantly interacted would produce a higher average quality of solution, but that they would fail to find the very best solutions as often as the electronically solitary workers. In short, they expected the constantly interacting groups to be less variable but at the cost of their best solutions being more mediocre. That proved to be the case as well.   But here’s where the researchers found something completely new. Groups that interacted electronically only intermittently preserved the best of both worlds (rather than succumbing to the worst). Even though the groups interacted only spasmodically, they had an average quality of solution that was nearly identical to those groups that interacted constantly. And yet these groups also preserved enough variation to find some of the best solutions.   Perhaps the most interesting result was that the higher performers were able to get even better by learning from the low performers only in the intermittent condition. When high performers constantly interacted with low performers, there was little to learn from them, because low performers mostly just copied high performers’ solutions, and high performers likely ignored them. But when high performers interacted with low performers only occasionally, they were able to learn something from them that helped achieve even better solutions to the problem.

The co-authors see a number of workplace implications for these findings, including the advantages of alternating independent efforts with group work over a period of time to get optimal benefits. In some ways, that’s how work has been done in organizations—with individuals working alone, then coming together in a meeting, then returning to work alone, etc. But those cycles are being broken by the constant advancement of technology. “As we replace those sorts of intermittent cycles with always-on technologies, we might be diminishing our capacity to solve problems well,” notes the lead author.   Given their findings in this study, the researchers conclude that these design-based tools for achieving intermittent rather than constant interaction may be even more important for organizational productivity and performance than previously thought. And they warn that the march towards always-on technology—and more and more digital collaboration tools at work—should not negate the need for frequent isolation. Otherwise, it keeps groups from achieving their best collective performance in solving complex problems.

So, what? This is a fascinating study in many ways. It confirms the idea that technology can get in the way of both good collaboration and creativity if it’s constantly relied on. It also confirms the benefit of looking at work from a more anthropological perspective. Hunter-gatherer bands work in this sometimes alone (to create tools for example) and sometimes together (to hunt, to gather or to make decisions) way. Since they were (and are) incredibly high-performing perhaps this is one of the lessons we can learn from them.

However, it is important to remember that working alone does not mean working in separation. As many recent studies have shown having others around even when working alone —particularly supportive others—enormously increases individual creativity and output.   The other point here is that the more technology is used—particularly as a communication tool—the more mental and physical illness is created.   And, as a heap of studies has shown, no matter how good technology is, face-to-face communication will always be better.

How we dehumanize cyclists, the obese and everyone not like us