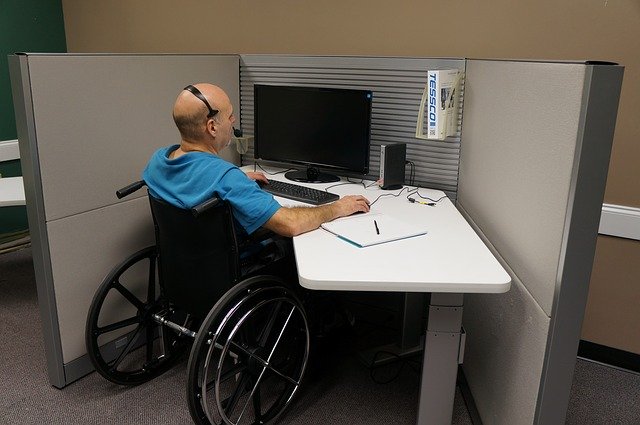 A multidisciplinary team of researchers has authored a new article that describes the practices that employers use to facilitate the inclusion of employees with disabilities in their workplaces. It was published by the Journal of Vocational Rehabilitation.

The article is based on initial findings from the 2017 Kessler Foundation National Employment and Disability Survey: Supervisor Perspectives (KFNEDS: SP), the first national survey to examine the effectiveness of the processes and practices used by employers to include people with disabilities in their workplaces, from the unique perspective of supervisors of employees with disabilities.

The 2017 KFNEDS:SP, comprised 6,530 supervisors at U.S. organizations with a minimum of 25 employees. Most respondents had experience with disability, either personally or through a close relationship, and many had hired and supervised workers with disabilities.

Information elicited included the existence of employment-related processes (e.g., recruiting process), whether these processes were effective, and comparison of the effectiveness of these processes for people with and without disabilities. Several questions gauged the supervisors’ commitment to the inclusion of people with disabilities in their organization, and their view of the commitment of their upper management. Questions addressed whether organizations had specific employment practices in place, and if so, whether they were effective. If not, supervisors were asked whether they felt it would be feasible to implement it. Supervisors also responded to open-ended questions about processes and practices at their organization, and the potential challenges and successes for their implementation for employees with disabilities.

Among the survey’s findings were processes and practices that were effective for people with disabilities but underutilized by organizations.

What the researchers say: “For example, partnering with a disability organization was identified as a highly effective way to identify qualified candidates,” said the lead author. “However, only 28.5% of organizations had implemented this as a means of recruiting employees with disabilities. Interestingly, 75% of supervisors said this would be feasible for their organization to implement.”

The survey revealed that the commitment of upper management mirrored the attitudes of supervisors and was reflected in the organization’s hiring goals for people with disabilities.

“Our findings underscore the importance of the commitment of upper management to an inclusive workplace,” the researchers noted. “The greater the commitment, the greater the support for supervisors, and the more likely we are to see successful inclusion of employees with disabilities.”

So, what? For the last 10,000 years since the advent of farming, humans have not been good at looking after the disabled members of their society. The pre-Columbian farming cultures of the Americas were not much better, as recent studies have shown.

Yet our hunter-gatherer ancestors and even the Neanderthals regarded all members of their small bands as precious. Only in comparatively recent times have we as a society seen fit to make allowance for disability. Maybe we’re learning to honor those not so fit of mind and limb. Maybe.

It has been shown that organizations in which there is a mix of religious beliefs—providing they share or develop other commonalities which give them a sense of unity and purpose—are the most innovative and productive.