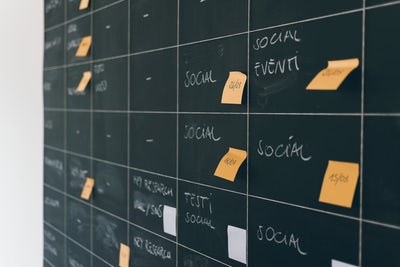 People who are naturally more attuned to others’ emotions are better able to judge how well small groups are performing, even when observation times are brief, according to a new study.

The study, published in the journal Organizational Behavior and Human Decision Processes, is the first of its kind to show that people can make accurate judgements about how effectively small groups are working together—and they only need to observe 10 to 30 seconds of group interaction. The researchers from a number of leading universities in the US and UK found that “perceivers who do well on detecting emotions in others are also better at discerning the effectiveness of group interaction.”

What the researchers say: The lead author explained: “In the current working climate, time is often short and so are the interactions, and a manager might need to briefly join a conference call or just glance through the window at a group working together before hurrying to their next meeting. So, it’s important to understand whether what they interpret during those brief spells is an accurate portrayal of what’s actually happening. Our research demonstrates that, largely, it is.”

The researchers created 40 groups, each made up of four people who were assigned to a different role with different information. The workgroups were videotaped taking part in a group decision-making task to hire a new chief financial officer. The key to finding the top candidate for the position required effective team work, such as sharing available information and listening to one another. Some groups were more effective than others and therefore succeeded better in completing the team task. Researchers then showed these groups to hundreds of people and found that most viewers were able to accurately predict the success or failure of the groups.

“Across many business sectors teams are used more than ever before. Our research suggests that as you decide whom to appoint to oversee these teams, you would be well-served taking people’s social sensitivity into account,” said the lead author.

What matters is whether managers can accurately judge the emotional states of other people and group characteristics such as trust.

So, What? What this research shows is that the human mind can make accurate judgements very quickly and the speed of those judgements shows that they cannot be based on rational analysis of what is observed. Rather the judgement is a matter of perceiving and registering emotion.

It also says something about teams. Those that have the closest emotional alignment perform the best. This is especially true if there is a considerable amount of diversity of gender, ethnicity and life experience.

What the emotionally perceptive manager is observing is the group’s emotional alignment as being the key to their success.