Promise of “winning” is a powerful, but temporary influencing tool 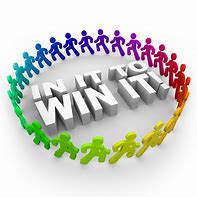 DT can’t lose—even when his businesses file for bankruptcy it’s somehow a “win.” According to a revealing piece in CNN he is already preparing to dispute the result of the 2020 presidential election if he loses (like he disputed the result of the 2016 popular vote—which he lost). He keeps saying that he is “winning” on behalf of his key base voters. If they feel he is the winner they will stick with him. Why? New research may provide the answer.

One of the most fascinating studies of the week shows that “winning” and the prospect of winning—even when it’s your favorite team rather than yourself—can raise your self-esteem (and therefore the level of the reward neurochemical dopamine which is also the influencing neurochemical). Promising winning can therefore powerfully influence people. Particularly if the promise is made at a rally or other social event.

The researchers found, for example, that fans of a college football team that wins a big game experience a boost in self-esteem that lasts at least two days after the event.

On the other hand, the results suggested that fans of the losing team won't necessarily suffer a loss in their self-esteem following the game—although they may see a decrease in their mood.

The key for fans of both teams may be the positive effect of watching the game with friends.

What the researchers say: “Just feeling connected to others while watching the game helped sustain self-esteem,” said the lead author of the study.

The study appears in the journal Communication & Sport.

The study involved 174 students from Ohio State and Michigan State universities, who participated right before and after a key football game between their schools. Michigan State defeated Ohio State on a field goal as time expired, winning 17-14.

The student groups who watched the match were questioned about their self-esteem, mood and other issues right before the Saturday game, and then again the next day and the following Monday. Students were told the study was about their “well-being and leisure activities” and were asked unrelated questions so that they wouldn't suspect the real reason for the study.

Before the game, students from both universities had similar levels of self-esteem when they rated how positive they felt about their body, appearance, academic ability and other measures. But on the Sunday after the game, the happy Michigan State students had significantly higher levels of self-esteem, which went up even higher on Monday. In contrast, self-esteem levels didn't change much for the sad Ohio State students.

“The game was probably an important topic of conversation on campus the following Monday, and that boosted the self-esteem of those who watched it and could talk about it and share the joy or pain,” the researchers said.

Overall the study showed that the game is most rewarding when you share winning with your friends. “You want to be in this with other people,” the researchers concluded.

So, what? The study shows three things:

The more of these addictive substances are engendered by shared winning then the person or organization providing that perception will have influence—just like a narcotics dealer since humans are addicted to both chemicals (we need them for our brains and our immune systems to function well). Once the winning stops and the crowds diminish the sense of self-esteem will diminish and the former fans will feel betrayed.

DT is president, perhaps not because of his specific promises, many of which he could not keep anyway, but he promised self-esteem boosting “winning” which his fans could share with each other. But when the winning stops—and the dopamine-engendered self-esteem of his fan base drops—his ability to influence may wither.