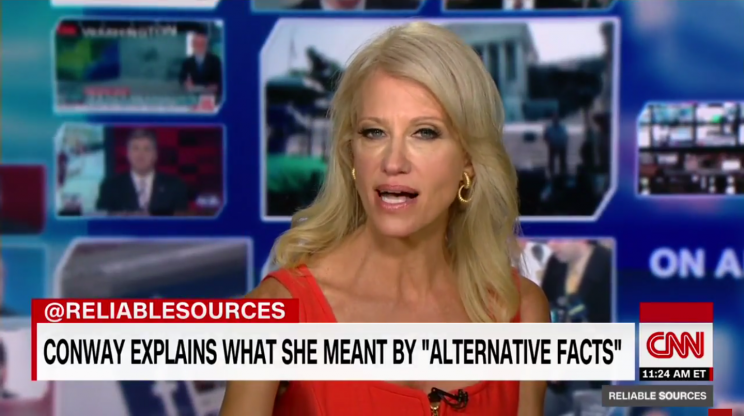 What the researchers say: “A growing body of evidence suggests that even when individuals are aware of research findings supported by a vast majority of studies, they often choose not to believe them,” wrote the authors in the Journal of Management.

“There are reasons for growing alarm about the disbelief of scientific findings across a wide range of professional domains because it seems to reflect a much broader drop in the credibility of academics and scientists.”

This trend affects American business and the workplace because managers are less likely to look to academic research for advice or apply empirically validated best practices. Take diversity for example.

“Research suggesting the benefits of diversifying the labor force or promoting women or minorities into leadership positions is likely to threaten the vested interests of members of currently over represented groups while raising the hopes and aspirations of others,” the authors said. “Many people are also likely to use motivated reasoning when evaluating research-based claims about the causes and consequences of pay inequity.”

To address these challenges the lead author said business researchers should broaden the range of research to focus on bigger, more important problems and consider more emphasis on needs of customers, employees, local communities, the environment and society as a whole. They need to find opportunities to co-create research with practitioners, beyond their simply providing data and other information.

They also need to improve how they report and communicate about their research.

“To outsiders, the current publishing model of academic research is likely to appear strange, counter intuitive and wasteful,” the authors said. “Experts have long recommended publishing findings in outlets that are more accessible.

“Many practitioners, students and members of the general population now get much of their information from sources that were barely in use little more than a decade ago, such as blogs, online videos and various forms of social media. The best opportunities to get research evidence to the public may lie in these alternative forums.”

These forums may include TED talks, online forums and massive open online courses, known as MOOCs. The authors also suggest that scholars need to better anticipate and address resistance to specific findings in their research. “We must be able to overcome some of the natural barriers to persuasion.”

So, what? As consultants Alicia and I are constantly amazed by the ability of political policy makers and top-level leaders in businesses of all kinds to believe in methodologies and techniques which have long been proven to be without scientific credibility. Among my pet hates (OK, I have a fair few of them) the Myers-Briggs MBTI and other psychometric evaluations are cases in point.

It seems to me that there are two main problems. Firstly, many researchers are seduced by special interests’ big bucks.

You can see this at work in the climate change debate. The researchers who, in return for research grants, provide the “facts” which pro-coal and other groups use in their anti-climate change crusade (despite the increasing prevalence of major Hurricanes such as Florence and Michael and the storms which recently ravaged Indonesia and south China and the wildfires in California, Australia and Europe). Often these researchers can find outlets for their views in the popular press or in less-than-reputable scientific journals.

Secondly there’s the problem that I have pointed out many times before in TR and that’s our human propensity to look for simple “common-sense” solutions to problems which are really quite complex. We also tend to look for solutions which fit in with our preconceived notions.

In both the public and corporate sphere these factors work together to persuade people to neglect real science and real, provable facts.

It’s not your fault—Your brain is self-centered