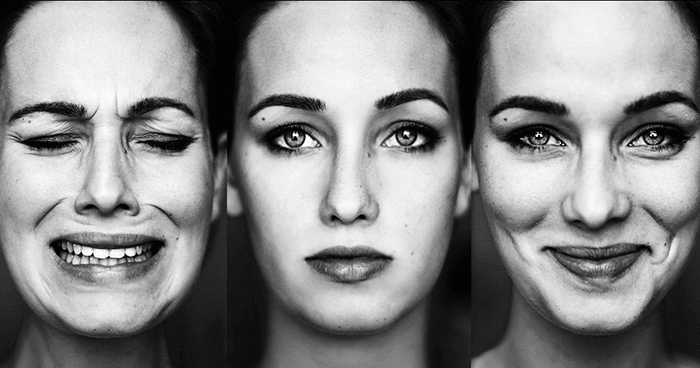 We intuitively use more emotional language to enhance our powers of persuasion, according to research published in Psychological Science. The research shows that people tend to use appeals that aren’t simply more positive or negative but are infused with emotionality, even when they’re trying to sway an audience that may not be receptive to such language.   What the researchers say: We might imagine that people would use very positive words such as “excellent” or “outstanding” to bring others around to their point of view, but the findings showed that people specifically used terms that convey a greater degree of emotion, such as “exciting” and “thrilling.”

Understanding the components that make for a persuasive message is a critical focus of fields ranging from advertising to business, leadership, politics and even public health. The researchers wanted to look at the question from a different angle, exploring how we communicate with others when we are the ones trying to persuade.   “It’s possible that to be seen as rational and reasonable, people might remove emotion from their language when attempting to persuade,” said the lead author. Drawing from attitudes theory and social-function theories of emotion, however, she and her colleagues hypothesized that people would go the other way, tapping into emotional language as a means of social influence.

In one online study, the researchers showed 1,285 participants a photo and some relevant details for a particular product available from Amazon.com. They asked some participants to write a five-star review that would persuade readers to purchase that product, while they asked others to write a five-star review that simply described the product’s positive features.   Using an established tool for quantitative linguistic analysis, the Evaluative Lexicon, the researchers then quantified how emotional, positive or negative, and extreme the reviews were.

The tendency to use more emotional language emerged even when participants were attempting to persuade a group of “rational” thinkers.   “Past research indicates that emotional appeals can backfire when an audience prefers unemotional appeals,” said the team. “Our findings indicate that there is a strong enough connection between persuasion and emotion in people’s minds that they continue to use emotion even in the face of an audience where that approach can backfire.”   Indeed, additional evidence indicated a connection between emotion and persuasion in memory. The researchers found that the more emotional a word was, the more likely participants were to associate it with persuasion and the quicker they did so.

So, what? This is a really interesting piece of research for all us professional communicators. The fact that we tend to over-use emotional language is not surprising and I think it is rooted in the fact that learning and memory are very closely tied to emotion. We are far more likely to remember something if there is an emotional connection to it. The mistake these persuaders are making is in the assumption that a strong emotion can be generated using emotionally charged words. But the emotion is often in the context of receiving the message—specifically the person or group that you are with—rather than in the message itself.   You remember something because it happened on your honeymoon, for example, not because someone said it was “amazing.” Speakers should strive to build an emotional rapport with their audience because that will be remembered—as, in all likelihood, will the gist of the message that the speaker was imparting.

The types of goods and services that low-income individuals buy may depend, at least in part, on their personality traits, according to new research published in the journal Psychological Science.