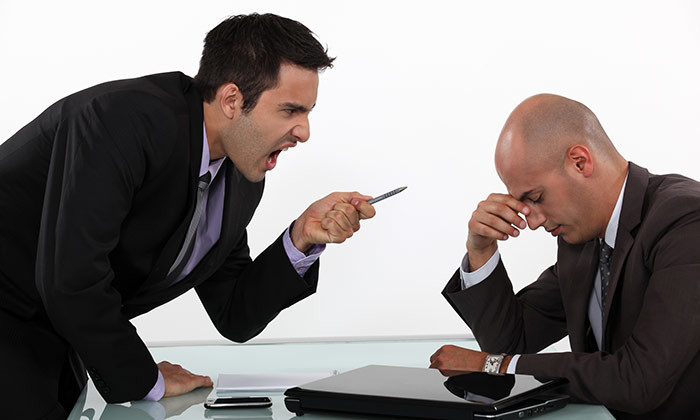 While the term “psychopathy” may bring to mind violent criminals, individuals with psychopathic tendencies are not uncommon and tend to frequently engage in bad, but not necessarily criminal, activities—think the character Gordon Gekko of “Wall Street”, not Hannibal Lecter. In the business context, psychopathic tendencies appear as a constellation of personality traits such as boldness, meanness, and disinhibition. All of us possess these traits to some degree.

In some ways, psychopathic tendencies in moderation might be good for leaders. After all, we often need leaders who can make the tough decisions. The wrong combination of these traits, however, can have dire consequences. At some point, psychopathic individuals tip from assertiveness to bullying and worse.

To investigate the effects of psychopathic tendencies among those in leadership positions, the researchers behind this study systematically surveyed the scientific evidence collected to date and re-analyzed the results of prior studies.

Their study was published in the Journal of Applied Psychology.

Although higher levels of psychopathic tendencies may provide a small advantage in attaining leadership positions, the researchers found no evidence to suggest that the majority corporate leaders are full-blown psychopaths. Previous studies reported in TR found that 15% of CEOs of Fortune 500s could be classed as psychopaths.

Of greater concern is the gender difference, which occurred along stereotypical lines. Acting in a psychopathic manner seemed to provide an advantage for men, but a disadvantage for women.

So, what? This study has two important implications. First, these findings contribute to the growing evidence that bad behavior by males in the workplace is too often tolerated or dismissed, and that this can have long-term detrimental effects for organizations.

Second, advice given to women in the workplace to act more “male-like” in order to get ahead is likely to backfire—they can just as easily become bullies or indulge in unethical behavior in order to be seen as “leadership material.”

As a behavioral scientist I can attest to the fact that there is no biological reason why it is “natural” for men to be better leaders or for psychopathic qualities to be effective in management—quite the reverse on both counts.