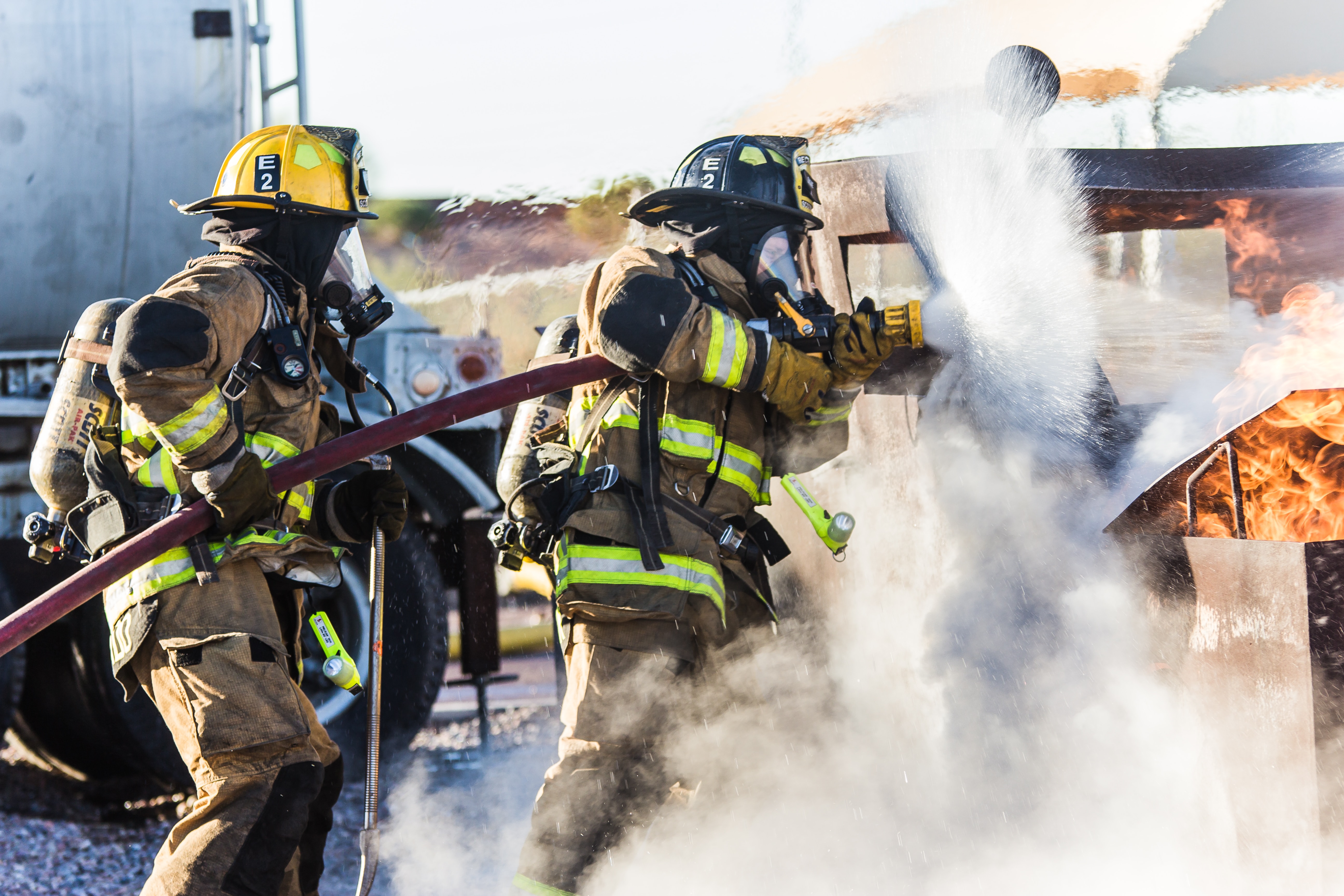 Strong same-sex friendships among male firefighters can help cut down on their stress—but loving relationships with their wives may increase anxiety for those who constantly face danger, according to a new study.

For firefighters—90% percent of whom are males—the desire to protect wives or partners from awareness of the risks and emotional trauma of their jobs can add apprehension to their already considerable burden, said the lead author of this study (published in the Journal of Social and Personal Relationship)s.

What the researchers say: "The well-known firefighter mandate is to 'leave it at the firehouse,'" said the lead researcher.

Those who combat fires—often referred to as "the brotherhood of firefighters" – are constantly exposed to a long list of dangers: exposure to smoke and hazardous chemicals, physical injury, risky rescue and recovery, cardiovascular events and intense emotional stress.

"Not only do they deal with people on one of the worst days of their lives, but they also must deal with injuries and death of work colleagues, as well as the threat to their own mortality as they serve the public," he said.

"Ironically, the very characteristic –being protective, other-oriented, stoic and strong—that often draw men into the firefighting profession are the very issues that prevent these men from seeking help with how they process their emotions and mental health," the researchers said.

They analyzed data from 428 male firefighters from 12 Texas fire departments of varied sizes, with 77% married and 14% single. Marriages ranged from a month to 40 years; time in firefighting ranged from four months to 41 years. Participants reported close friendships with a co-firefighter ranging from two months to 45 years.

The researchers found that overall, having close relationships at the fire station and at home is beneficial for overall job satisfaction and quality of work life. Additionally, they hypothesized firefighters would have effective buffers against stress if they had good relationships with co-workers and spouses. But while they found some relief from work stress with high-quality work friends, the same was not true with their spouses.

"In a nutshell, the 'marriage effect' was a surprise," the lead author said.

But firefighters have an atypical lifestyle – living and working together consecutive days a week in a multi-generational, masculine environment that combines work life and home life: cooking, watching TV, playing games, sleeping, showering, cleaning and maintaining equipment. That side-by-side camaraderie – called "closeness in the doing" by researchers – creates a safe space for help, trust and empathy, he said.

"Often within close friendships between men, there is less criticism, less competition, more self-disclosure and better conflict management," the lead author said. "For many men, relating to similar others is more familiar, more comfortable, and frankly, just easier."

But when they return home, firefighters may feel the need to hide or fake emotions – or even try to match the emotion they feel is desired or required by spouses who ask about their jobs. A common expectation is for firefighters to be strong and stoic, but it may be emotionally taxing to maintain that appearance – which in turn may lessen job satisfaction.

So, what? I believe from our own experience as well as numerous studies that this failure to be able to communicate stress to people at home is not limited to firefighters. In my executive coachees I have witnessed it in physicians, lawyers, police officers, military personnel even structural engineers among others. It is, I believe, a leading cause of the high divorce rate in many of those professions.