Genes are the key to success. 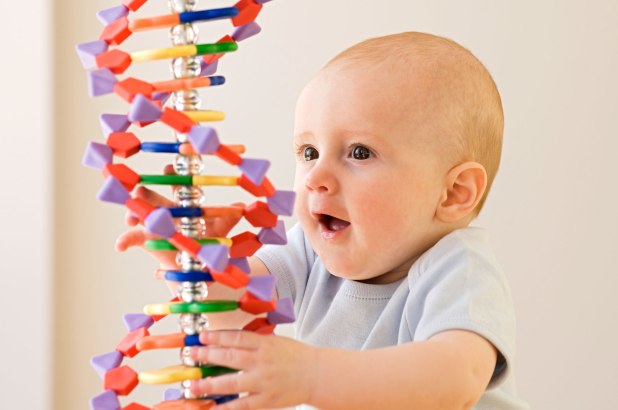 Parents always worry about whether their children will do well in school, but their kids probably were born with much of what they will need to succeed. A new study published in npj Science of Learning explains the substantial influence genes have on academic success, from the start of elementary school to the last day of high school.

‍
The results of the study also point to the fact that genetics are also the basis of business or professional success.

What the researchers say: For many years, research has linked educational achievement to life trajectories, such as occupational status, health or happiness. But if performing well in school predicts better life outcomes, what predicts how well someone will do throughout school?

"Around two-thirds of individual differences in school achievement are explained by differences in children's DNA," said the lead author. "But less is known about how these factors contribute to an individual's academic success overtime."

The team analyzed test scores from primary through the end of compulsory education of more than 6,000 pairs of twins.

Researchers found educational achievement to be highly stable throughout schooling, meaning that most students who started off well in primary school continued to do well until graduation. Genetic factors explained about 70 percent of this stability, while the twins shared environment contributed to about 25 percent, and their nonshared environment, such as different friends or teachers, contributed to the remaining 5 percent.

"Academic achievement is driven by a range of cognitive and noncognitive traits," the lead author said. "Previously, studies have linked it to personality, behavioral problems, motivation, health and many other factors that are partly heritable."

However, at times grades did change, such as a drop in grades between primary and secondary school. Those changes, researchers said, can be explained largely by nonshared environmental factors.

"Our findings should provide additional motivation to identify children in need of interventions as early as possible, as the problems are likely to remain throughout the school years," she said.

So, what? The wonderful thing about evolution is that it gave hunter-gatherer bands a variety of genetic traits—leadership (about 5% of people have the genes to be good leaders), cognitive intelligence, what we call “street smarts,” and a range of mental conditions that actually helped the band—like schizophrenia, psychopathy and other socio-effective disorders which we now see as mental problems.

Our problem now—and it is increasing—is that we place too much emphasis on what we call cognitive intelligence (IQ). This means that we are selecting for only one of many human genetic traits and in the immediate and long term this will have really bad consequences—immediately for those left out of the selection process and over the long term for our species as a whole