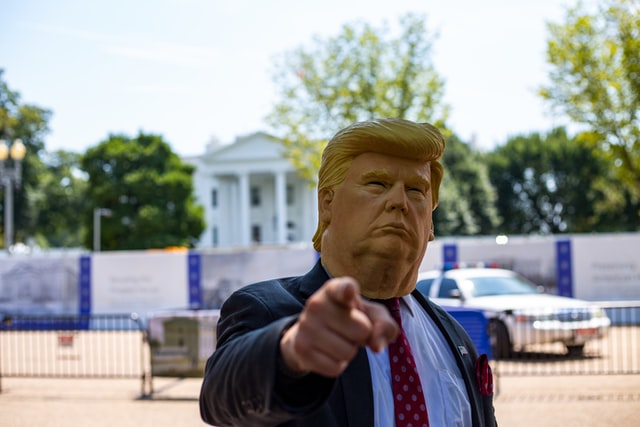 Narcissists are in the news. The obvious reason is because the US is led by one who, with a bit of luck, is about to be unelected. But they’re also in the headlines because narcissists lead so many large corporations. A study done some years ago found that 15% of CEOs are certifiable psychopaths and we know that the two personality disorders—narcissism and psychopathy are comorbid in a majority of cases. They are both members of the “evil triad” of disorders (the third is Machiavellianism) which I mentioned last week.

A new research paper shows not only the profound impact narcissistic leaders have on their organizations, but also the long-lasting damage they inflict. Like carriers of a virus, narcissistic leaders “infect” the cultures of their organizations, the researchers found, leading to dramatically lower levels of collaboration and integrity at all levels—even after they are gone.

The paper was published by The Academy of Management Discoveries.

In previous research about toxic leaders, the research team found that narcissistic CEOs have a dark side that reveals itself slowly over time. Their exploitative, self-absorbed behavior sets them apart from the charismatic, “transformational” leaders they are often confused with. They are also paid more than their non-narcissistic peers, and there’s a larger gap between their pay and those of other top executives in their companies, often because they are so good at unfairly claiming credit for other’s accomplishments. Narcissistic leaders get their companies involved in more lawsuits; the researchers found.

Narcissistic leaders have personalities that are profoundly grandiose, overconfident, dishonest, credit-stealing, and blame-throwing. They’re abusive to their subordinates, think they are superior, don’t listen to experts, create conflict, and believe the rules simply don’t apply to them. They can explode in rage at any sign of disagreement or disloyalty. There’s always an “I” in their conception of the team.

What the researchers say: “Narcissistic leaders affect the core elements of organizations and their impact on society,” said the lead author. “Companies organize because they can do something together that no individual could accomplish alone. When narcissistic leaders undermine collaboration, they by definition reduce the effectiveness of an organization. Without integrity, an organization risks its very survival.”

There’s a colorful saying that the “fish rots from the head down” and Alicia and I have noticed that when employees see leaders acting like jerks, and they become jerks, too.

But it’s not a simple matter of mimicking the boss. “Narcissists don’t create narcissists,” the researchers point out. “It’s not about doing what the leader does. It’s about the leader creating a culture that induces people to act less ethically and less collaboratively than they would otherwise, whether they’re narcissists or not.”

That’s because a key driver of employee behavior is their organization’s culture, not just their leader, said the lead author. “Organizational culture outlasts any leader,” she said. “Even after a leader is gone, the culture that has been cultivated has a life of its own.”

Narcissists infect the culture through the policies and practices that they directly influence, or—more often—that they fail to institute. They often choose not to put in place strong policies governing ethical behavior, conflicts of interest, and pay equity between men and women, as well as practices that promote teamwork and encourage people to treat others with civility and respect. On the flip side, they also frequently fail to sanction employees when they violate these shared norms. In effect, people get rewarded for less ethical, less collaborative behaviors.

Actions such as these create lasting organizational damage. When people aren’t able to collaborate, collective accomplishments become harder to attain. Employees’ ability to learn, grow, and gain new expertise withers. When they see leaders take credit for every success and blame others for every failure, employees’ morale sinks and their self-confidence wilts.

The researchers argue that narcissists’ penchant for becoming embroiled in lawsuits and ethical breaches, being insensitive to risk because of their overconfidence, and creating low employee motivation, is a recipe for poor organizational performance.

Yet the mythology persists: Don’t bold, visionary leaders like Elon Musk of Tesla or Steve Jobs of Apple need to be a little bit narcissistic in order to have the self-confidence to launch innovative and supremely risky ventures? The answer is a definite no, says the lead researcher. “You can have confidence and be innovative, and not be self-involved, exploitative of others, overconfident, and risk-insensitive,” she says. “Bill Gates is a perfect countervailing example. But somehow, the lay public, especially in the U.S., has developed a view that leaders are supposed to be loud-talking and overconfident.”

So, what? To avoid narcissistic leaders, one obvious solution is to simply not hire them, or allow them to move up. Organizations should put special measures in place to screen for these personality types. A common approach involves asking tough questions to uncover negative behaviors from a wide range of references, not just those a leader provides. However, narcissists are often savvy enough to recognize who is going to sing their praises and who isn’t and will provide a selective list of references. In some cases, executive search firms are enlisted to go beyond references and try to uncover information that is harder to find.

Still, wily narcissists can sometimes evade detection until they’ve been in place for a while.

Once it becomes clear that a company has a toxic leader at the top, it takes unflagging effort from the board to rein in a narcissist’s worst tendencies. Unfortunately, many boards of directors don’t go far enough in that direction, which is part of the reason why companies have ended up with so many CEOs who are high on the narcissism scale.

One of the best ways to mitigate the damage narcissistic leaders can cause is to base a significant part of their compensation and performance evaluation on the development of their people. Boards can also align a leader’s compensation to the performance of their team, and boards can devise ways to reward collaboration with peers. Measures such as these help ensure leaders cannot circumvent sharing credit and working with others.

The present research shows that after a narcissist leader gets a strong foothold, removing them is only the first step in repairing the organization. “Boards can’t assume that simply by removing a leader, they will be able to change how people in the organization behave,” the researchers point out. “The culture leaders helped create will still be embedded in the policies and practices that reward people for prioritizing uncollaborative and unethical behaviors. Turning around this kind of culture will take explicit effort and likely a significant amount of time.”