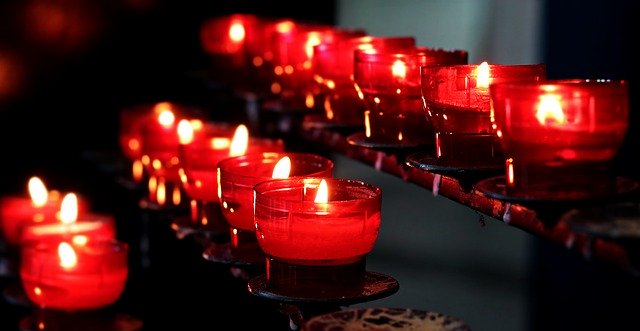 It’s that time of year. The winter solstice (or summer solstice if you’re in the Southern Hemisphere) is a time of religious and spiritual significance for many faiths from animists to monotheists. So, as always, over the next few weeks TR will have at least one story connected, loosely perhaps, with spirituality, faith or religion.

Let’s start with the internet.

According to a new study Internet use may decrease the likelihood of a person affiliating with a religious tradition or believing that only one religion is true. This may be because Internet use encourages religious "tinkering," said the author.

What the researcher says: "Tinkering means that people feel they're no longer beholden to institutions or religious dogma," he said. "Today, perhaps in part because many of us spend so much time online, we're more likely to understand our religious participation as free agents who can tinker with a plurality of religious ideas—even different, conflicting religions—before we decide how we want to live."

The study was published in the Journal for the Scientific Study of Religion.

The study also examined television viewing and found that it was linked to religion, but in a different way – TV caused lower religious attendance and other religious activities that take time.

"Both TV and the Internet require time, and the more time we spend using these technologies, the less time we have to participate in religious activities or with more traditional communities," he added.

In his research, the author analyzed data from Wave III of Baylor Religion Survey, a survey of 1,714 adults nationwide ages 18 and older.

In the data analyzed participants were asked:

The analysis also took into account such variables as age, race, gender, education, place of residence and political party. While those factors had varying impact on religious beliefs, despite the differences, "the more time one spends on the Internet, the greater the odds are that that person will not be affiliated with a religion," the researcher said.

"Whether through social media or the sheer proliferation of competing truth-claims online, the Internet is the perfect breeding ground for new 'life-worlds' that chip away at one's certainty," he concluded.

So, what? The need to believe is rooted in the human genome. Every society has a non-rational belief system that it adheres to. Some have claimed that this universality is proof that a god or gods exist and some scientists have agreed with them: “Without a creating force the big bang wouldn’t have happened,” they say.

There are, of course, obvious fallacies in this argument which I won’t go into now. Originally religion was explanatory. It was a way to make sense of the natural world. Now people who surf the Internet suspect that religious explanations don’t match up to the facts. For example, we generally accept that evolutionary science has disproven most origin theories—be they Babylonian, Judaic, Mayan or Greek. We know that electricity rather than Thor’s hammer causes lightening.

Yet people still need to believe. So, instead of transcendental gods they turn to powerful men and make them, effectively, into gods—as a sizable portion of the US population has seemingly done to DT. Many Germans did that with Hitler and Russians with Stalin. The Internet seems, unfortunately, to be facilitating that trend.

Trapped by a flexible schedule

New research investigating the downsides of independent work finds that self-employment often disrupts the balance between life and work and takes up more time than traditional office work.