Is your stress changing my brain? 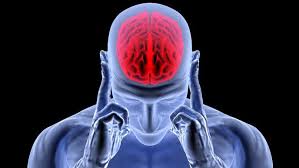 In a remarkable study researchers have discovered that stress isn’t just contagious; it alters the brain on a cellular level.   In the study, published in Nature Neuroscience, researchers have discovered that stress transmitted from others can change the brain in the same way as a real stress does. The study, in mice, also shows that the effects of stress on the brain are reversed in female mice following a social interaction. This was not true for male mice.

What the researchers say: “Brain changes associated with stress underpin many mental illnesses including PTSD, anxiety disorders and depression,” says the lead author. “Recent studies indicate that stress and emotions can be ‘contagious’. Whether this has lasting consequences for the brain is not known.”   The team studied the effects of stress in pairs of male or female mice. They removed one mouse from each pair and exposed it to a mild stress before returning it to its partner. They then examined the responses of a specific population of cells, specifically CRH neurons which control the brain’s response to stress, in each mouse, which revealed that networks in the brains of both the stressed mouse and naïve partner were altered in the same way.    What was remarkable was that CRH neurons from the partners, who were not themselves exposed to an actual stress, showed changes that were identical to those they measured in the stressed mice.

Next, the team used optogenetic (optogenetics is a biological technique which involves the use of light to control cells in living tissue) approaches to engineer these neurons so that they could either turn them on or off with light. When the team silenced these neurons during stress, they prevented changes in the brain that would normally take place after stress. When they silenced the neurons in the partner during its interaction with a stressed individual, the stress did not transfer to the partner. Remarkably, when they activated these neurons using light in one mouse, even in the absence of stress, the brain of the mouse receiving light and that of the partner were changed just as they would be after a real stress.

The team discovered that the activation of these CRH neurons causes the release of a chemical signal, an ‘alarm pheromone,’ from the mouse that alerts the partner. The partner who detects the signal can in turn alert additional members of the group. This propagation of stress signals reveals a key mechanism for transmission of information that may be critical in the formation of social networks in various species (including humans).   Another advantage of social networks is their ability to buffer the effects of adverse events. The team also found evidence for buffering of stress, but this was selective. They noticed that in females the residual effects of stress on CRH neurons were cut almost in half following time with unstressed partners. The same was not true for males.

The researchers suggest that these findings also apply to humans. “We readily communicate our stress to others, sometimes without even knowing it. There is even evidence that some symptoms of stress can persist in colleagues, family and loved ones of individuals who suffer from anxiety. On the flip side, the ability to sense another’s emotional state is a key part of creating and building social bonds.”   This research indicates that stress and social interactions are intricately linked. The consequences of these interactions can be long-lasting and may influence behaviors even decades later.

So, what? That females and males differ in their reactions to stress has been known for a long time (see previous TRs), as is the fact that stress is contagious (again see previous TRs). But that experiencing stress—even mild stress—can change the brain of a colleague or partner on the cellular level is quite bind-blowing. It explains the neural mechanism of things which I have observed and written about such as depression clusters in organizations, and even stressed or depressed companies, firms, or even societies.   The importance of this can’t be overemphasized. As the rate of workplace stress increases—as it is predicted to do—then the problem of contagious stress will also increase. In men this will lead to increased bullying and anger, and in both sexes to increased fear and loathing of anyone perceived as “different”(as is reported in another study this week).

What now? No amount of training and persuasion will help reverse the present trend towards increased mental ill-health and behavioral problems in workplaces. The only thing that will help is for companies and other organizations—and societies—to work together to lessen the fear and stress load on human beings