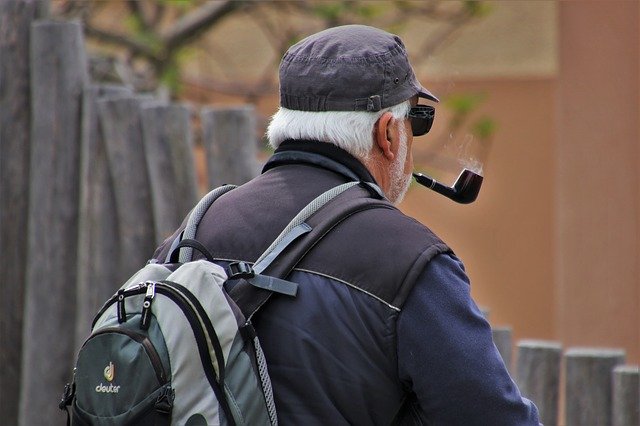 I’m male, that’s a mark against my longevity, according to this new research. But on the other hand, I am within normal BMI and I have almost never smoked (I tried for a week in my youth and hated it) and I’m not depressed. So maybe I will live to my target age of 115.

The researchers claim they have a “biological age” score which predicts that being male, overweight, a smoker and having depression all contribute to biological aging. The study was published in the journal eLife.

Aging can be measured in different ways. While chronological age is measured by date of birth, scientists have developed a range of measurements to determine our biological age. These include measuring the length of telomeres (little caps on the end of our chromosomes that shorten as we grow older), chemical changes to our DNA (epigenetics), and changes to the proteins and metabolites in our bodies (proteomic and metabolomic measures).

What the researchers say: “To develop a better understanding of the mechanisms underlying biological aging, we wanted to examine how indicators of biological aging relate to each other, how they link to determinants of physical and mental health, and whether a combined biological clock, made up of all age indicators is a better predictor of health,” explained the lead author.

The team used blood samples from nearly 3,000 people taking part in the Netherlands Study of Depression and Anxiety. They applied computer modelling to create individual biological aging indicators based on five commonly used measurements: telomere length, epigenetics, gene levels, metabolites and proteomics. The five indicators were then linked back to different factors such as gender, lifestyle factors and known physical and mental disorders such as depression.

Of the five biological aging indicators, only three were found to significantly interact in individuals, such that an increase in one indicator also paralleled an increase in the other. There were many overlapping and distinct links between particular aging indicators and specific lifestyle factors or diseases. But being male, having a high body mass index (BMI), smoking and having metabolic syndrome were most consistently linked with more advanced biological aging.

The team also confirmed that depression was linked to more advanced aging measured by epigenetics, and gene levels. This suggests that biological aging is linked to both mental and physical health.

“Our work suggests that biological aging indicators largely track distinct, but partially overlapping, aspects of the aging process,” concludes the lead author. “Taken together, our findings contribute to the understanding and identification of biological age determinants—important for the development of outcomes for clinical and population-based research.”

So, what? I have been going on about the fact that most programs aiming to help the elderly have focused too much on just chronological age. This overlooks the fact that people age at different rates depending on their genes, their lifestyle and the stressors that have occurred in their lives.

This is something that Alicia and I hope to change in our work with the Longevity Project (see P.S. below). We as a society need to take into consideration all the factors that affect aging and develop programs that suit individuals. A person of 80 may well have the cognitive ability of a 40-year-old and at the same time be quite physically frail. They’re probably capable of working in many occupations for another 10 years—if allowance is made for their individual physical needs.

Long working hours are bad for your heart.

People who work long hours have an increased risk of developing an irregular heart rhythm known as atrial fibrillation, according to a study of nearly 85,500 men and women published in the European Heart Journal.

The real why(s) of the suicide epidemic (Analysis)

There is a lot of confusion and misleading information out there about suicide. It is oversimplified and the circumstances surrounding the tragedy are confused with causes.