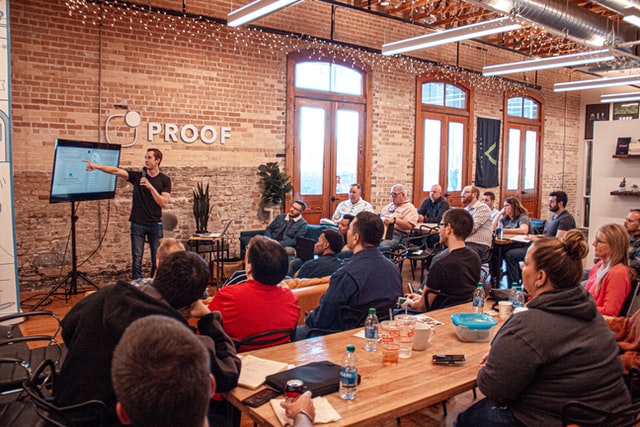 Employees feel significantly less job distress if they work at companies that are open and transparent about the firm’s finances, including budgets and profits, a new study found.

Researchers examining data from the U.K. found that at companies with more financial transparency, workers felt more secure in their jobs, more committed to their employers and—most significantly—said they had better relationships with their managers.

The link between greater transparency and lower job distress was strong and stood up even after accounting for a variety of other factors, including hours worked, income rank within the firm, gender, race and academic qualifications, said the study’s lead author.

What the researchers say: “Transparency in disclosing financial information may substantially reduce job distress, particularly by smoothing relationships between workers and managers,” he said.

The study was published online in the journal Social Science Research.

The importance of financial transparency was particularly important for workers who weren’t covered by collective bargaining agreements the researchers noted. “Workers covered by collective bargaining agreements may expect that their union representatives are looking out for their best interests, so they don’t have to pay as much attention to what the company reveals.”

They further commented: “But if your workplace is not unionized, workers feel more stress if their companies don’t disclose financial information. They may be worried about getting laid off if the company is not doing well financially or wonder if they’re being treated fairly as far as their wages are concerned.”

The researchers used a unique data set with measures that allowed them to uncover the link between how companies communicate about their finances and worker stress. This came from the Worker and Employment Relation Study and included 15,747 workers from about 2,500 workplaces throughout Britain.

Job-related distress was measured by asking workers how often in the past few weeks that their job had made them feel tense, depressed, worried, gloomy, uneasy and miserable. They rated this on a five-point scale from “all of the time” to “never.”

Workers rated how well managers at their workplace did at keeping employees informed about financial matters, including budget or profits. Workers rated this on a five-point scale from “very good” to “very poor.”

Workers reported feeling more commitment to their company and feeling more secure in their jobs when they worked at firms that revealed more about their finances. But those effects were relatively small compared to how transparency was linked to improved relationships with managers, the researchers said.

“Even though financial transparency is about disclosing budgets, profits or other financial matters, the way it reduces job distress is not mainly about the money. It is about the relationships, especially with managers,” they said.

The results have important implications for the workplace.

“The workplace is a major source of stress in modern society. Our findings show an important way that companies can reduce some of this distress and improve manager-employee relations,” the lead author concluded. “It comes down to being more transparent about financial information.”

So, what? There is one thing we have noticed in over 25 years of working with many different organizations throughout the world. Virtually every business that does not practice full disclosure suffers from a lack of loyalty and engagement. Also, there is frequently a large turn-over in staff. For example, a large construction company that I worked with a few years ago had an annual staff turnover rate of over 50% - not including those that the business wanted to get rid of.

There was no financial transparency at that organization at all. Partially as a result of this there was a huge trust gap between management and employees, and even between the C-suite and the rung just below them.

Even when an organization is in financial trouble, management’s best strategy is to fully inform their employees and work with them. One of the interesting things about the human relational neurogenetic system is that if someone is in trouble and asks another for help, the relationship between them is deepened. The same is true in businesses. Keeping financial data secret is, in the medium-to-long-term, destructive to the enterprise.

Supervisors are often driven by simply repairing their social image rather than making genuine amends and changing their behavior. Breaking the cycle of toxic behavior requires organizational leaders to implement zero-tolerance policies. Sanctions, rather than forgiveness, are more likely to change behaviors.