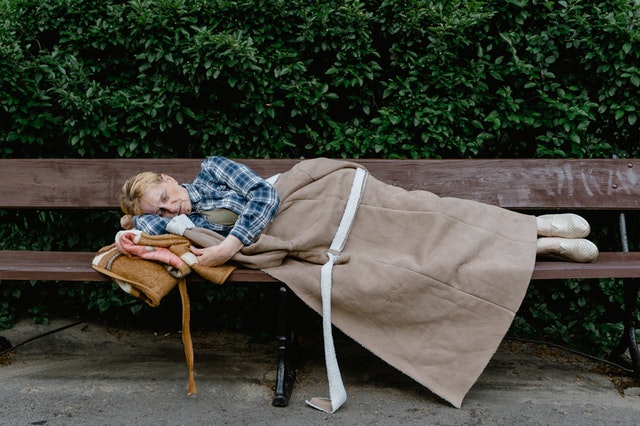 A substantial number of English communities experienced a decline in life expectancy from 2010-2019, researchers have found. And the same, the researchers say, is true of the US.

In the five years before the pandemic (2014-2019) life expectancy went down in almost one in five communities for women, and one in nine communities for men, according to the study published in The Lancet Public Health journal.

The study is the first to analyze longevity trends in ultra-fine detail and could identify where life expectancy declined with much more precision than before. The researchers tracked life expectancy in communities of around 8,000 people, while other statistics are typically based on much larger areas (such as local authority districts, which have a median population of around 140,000 people). They found that communities with the lowest life expectancy (below 70 and 75 years for men and women, respectively) were typically situated in urban areas in the North of England.

Although recent data from the Office for National Statistics found that life expectancy for men in the UK had fallen for the first time in 40 years due to the COVID-19 pandemic, the new research shows that life expectancy was declining in many communities years before the pandemic began.

What the researchers say: “There has always been an impression in the UK that everyone’s health is improving, even if not at the same pace,” the lead author said. “These data show that longevity has been getting worse for years in large parts of England.”

“Declines in life expectancy used to be rare in wealthy countries like the UK and happened when there were major adversities like wars and pandemics. For such declines to be seen in ‘normal times’ before the pandemic is alarming and signals ongoing policy failures to tackle poverty and provide adequate social support and health care.”

The new study analyzed all deaths in England for all years from 2002-2019, amounting to more than 8.6 million deaths records, and assigned them to the community where each person lived at the time of their death. There were 6,791 local communities included in the study, and the researchers assessed life expectancy trends over time for each of these for men and women.

From 2010-2014, longevity began declining for women in one in 20 communities. Somewhat less so for men. This deterioration accelerated and spread from 2014-2019, with life expectancy declining for women in almost one in five communities, and in one in nine communities for men. In these places, between 2014-19, life expectancy declined by an average of 0.17 years for women (around two months) and 0.12 years for men (around a month and a half).

Taken over the entire time from 2002 to 2019, the biggest life expectancy decline seen for women was a loss of three years for an area of Leeds (from 78.7 to 75.6 years), and for men was of 0.4 years in a part of Blackpool (from 68.7 to 68.3 years). There were also startling reversals in life expectancies for women in a number of communities in Yorkshire and The Humber over this time.

The researchers note that the regions where life expectancy declines occurred often already had lower life expectancy, and high levels of poverty, unemployment, and low education.

In comparison, between 2002 and 2019, life expectancy increases of nine years or more were seen for men and women in some parts of central and north London.

“These results mirror an earlier trend in the USA – which also saw life expectancy declines prior to the pandemic,” the researchers explained. “In both England and the USA, life expectancy declines are associated with unemployment and insecure employment following deindustrialization, compounded by reductions in social and welfare support, and reduced funding for local governments. These factors had larger effects in the North of England than in London and Southern parts of the country.”

“These changes impact life expectancy because they are associated with poorer nutrition and housing, riskier behaviors, and more restricted health care services, all of which lead to worse health and premature deaths.”

So, what? The change in life expectancy in the US and the UK, especially for women is alarming but not surprising. The trend was evident in the 1980s when I conducted research in some of the poorer areas of England’s West Country and Wales and contrasted those statistics with similar studies done in the richer parts of the South East.

What this and other studies show is that inequality—in income, health care provision and opportunity—is steadily getting worse.

How employers can keep experienced older workers from retiring

Persuading experienced older workers to stick around for a few more years comes down to offering a specific type of work environment – one that includes autonomy, participation in decision-making, information sharing, training opportunities and good compensation and benefits.

Relationships influence our behavior and our physical health. We now know that it is possible to prolong life by fostering coping and reducing distress.