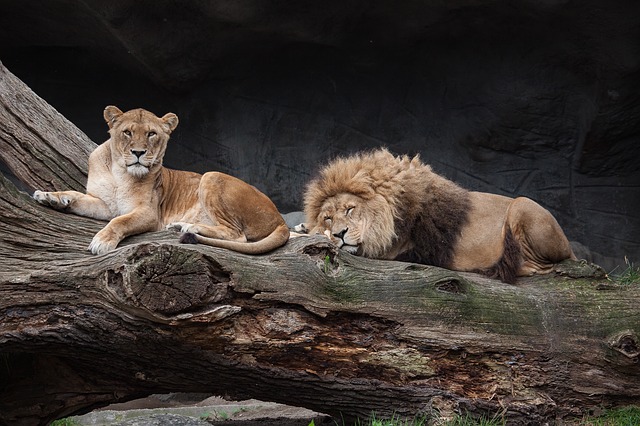 All power imbalance corrupts, and mostly what it corrupts are relationships. This was made clear in a study published this week.

The researchers say the secret to a happy romantic relationship is to make sure both partners feel they can decide on issues that are important to them. Objective power measured by income, for example, doesn't seem to play a big role, according to a new study in the Journal of Social and Personal Relationships. Instead, how lovers perceive power dynamics in their relationship is most important for relationship satisfaction.

What the researchers say: “It sounds like a dog-eat-dog world or the world of business. But power also plays a role in romantic relationships. The feeling of being able to make decisions in a marriage, for example, has a big influence on the quality of the relationship,” said the lead author.

Earlier studies show that there was rarely a balance of power within couples. Most of the time, men had more influence on decisions than women. However, traditional gender roles have changed. For example, in our household I do the cooking and the grocery shopping and monitor the finances—all “traditionally” women’s work.

The researchers interviewed 181 heterosexual couples between 18 and 71 years old who had been in a relationship for an average of eight years. The team investigated how actual and perceived power influence different aspects of a relationship—such as satisfaction and commitment—and how they affect the quality of that relationship. The survey included questions about the admiration for one's partner, trust, sexual satisfaction, feelings of oppression and constraint, as well as a commitment and willingness to invest in the relationship.

“We also calculated the balance of power,” the lead author explained.

The happiest couples were those in which both partners reported a high sense of personal power.

“It appears that the subjective feeling of power and the feeling of being able to act freely significantly impact the quality of the relationship,” the researchers concluded. In most of these couples, both sexes stated that they were able to assert their preferences when making decisions that are important to them.

“Maybe this feeling extends to different aspects of the relationship,” the lead author told TR. “Whereas the woman might want to decide on where to go on vacation, the husband chooses where to go for dinner. One thing to keep in mind is that our sample included rather happy couples, which favors effective negotiation. In other partnerships, there is definitely potential for conflict in this respect.” However, it appears that both parties need to be able to make decisions about aspects that are important to them in order to be satisfied with the relationship.

So, what? The interesting thing about this study is not what it says about romantic relationships. Their conclusions are, in terms of other studies, fairly predictable.

However, over the last few months Alicia and I have been developing a new way of looking at all relationships—in business, in society, in groups and in couples. Power differential is always bad, and quite against our design specs. Our remote ancestors (the hunter-gatherers whose DNA is ours) only ceded power to others in times of emergency.

When you analyze that ceding of power, it comes down to those individuals being given certain definitive short-term decision-making rights. So power is about the ability to make decisions in certain areas—in a crisis those decisions might supersede all others. In ordinary times decisions such as where to forage, where to hunt, what berries to pick would be given to the individual with the most knowledge or experience in that area. Other decisions are made by consensus. The difference between a leader and a follower in any organization is only in the decision-making rights that they have.

If this is true, then a “flat” or “agile” organization would have no “leaders” as such, only a network of agreed decision prerogatives which can change as circumstances change. If the only difference is in the ability to make certain decisions, then you can have true equality in a relationship or a business. That’s how we were designed and that makes us happy, productive and collaborative.

“Diseases of old age,” including cognitive decline, are not the products of aging per se, but rather of lifestyle, living and working conditions over time. Working in a boring job, having less opportunity to socialize, staying in one place all your life, are all contrary to our human design specs.