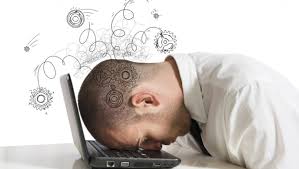 There are perks to becoming a manager: higher pay, career mobility, and more authority and influence when it comes to making decisions. But there are also downsides: having too much work and not enough time to do it. In a new study researchers call the transition a “double-edged sword” and found that a manager’s ability to mentally detach from work during non-work hours can help reduce the increased exhaustion and work-family conflict that come with the new role.

The study, recently published in the Journal of Business and Psychology, examined more than 2,000 individuals and found that employees experienced so-called resource gains and losses when they became managers.

What the researchers say: The co-author of the study said the increased authority and freedom that comes with a managerial role leads to an increase in job satisfaction. But on the flip side, having to juggle a heavier workload means having to potentially skip breaks or work longer hours. As a result, managers experience higher levels of exhaustion and more work-family conflict.

The study builds on research that has shown that an employee’s ability to detach from work during non-work hours is important for their well-being and results in lower burnout and higher life satisfaction.

The researchers recommend that companies not only restructure managers’ work so they’re not dealing with constant time pressure, but also incorporate strategies for detachment as part of management training.

“Organizations need to encourage managers to regularly take time to mentally let go of work—to not check emails, not be on calls at home, and actively engage with their families or hobbies—so the impact on exhaustion and work-family conflict is not as strong,” the lead author said.

She added that it’s as much about employees’ well-being as about the company’s bottom line. The cost of sick leave or replacing employees who leave in search of a better work-life balance can be expensive.

“Supervisors are responsible for others and if they’re burned out or not satisfied in their role and their work, that trickles down,” she said. “They’re not only impacting themselves on an individual level; they’re impacting a whole workgroup. Managers are highly influential in terms of employees’ work experiences, so they need to be taken care of.”

So, what? The whole issue of managerial, and professional burnout is becoming more acute as the demands placed on employees at all levels below the C-suite grows.

But managers and professionals are not alone in terms of burnout (employees below managerial level are just as prone to burnout as their managers). An interesting study recently speculated that work stress and burnout is one of the prime causes of the rise of far right extremism, particularly among white males who feel that mechanization decreases their autonomy and thus their sense of “wholeness.”

Though I don’t agree with much of what the latter study’s authors say, this bit rings true and is important.

Managers are stressed not just because of the constant demands on them but also because they are the meat in the sandwich between those below and above them. This is particularly true in times of great change where management strategies and priorities are liable to rapid change.

Employees are increasingly like soldiers in WW1 and line managers are like their officers. The employees are constantly being forced to accept often radical change to the way they work and relate to other employees. In neuropsychological terms this is often as stressful as charging out of the trenches against machine guns. Their supervisors and managers are the ones being forced to force them to do so.

In the case of the soldiers, death and injury were likely outcomes, for the modern employee static wages and/or unemployment are the likely outcomes. In WW1 the officers’ mortality was also very high—ditto managers today. Plus ça change!

Now new research has shown that ignoring someone you’re with in a social (or work) setting to concentrate on your mobile phone—called ‘phubbing’—can have a negative effect on relationships (and even mental health) by threatening our basic human need to belong.