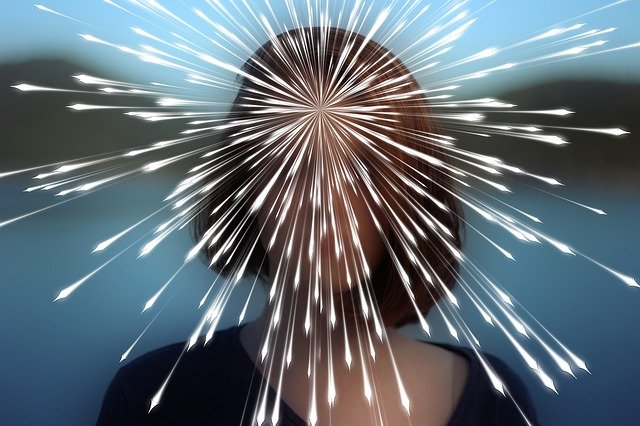 Last month the great psychologist Mihaly Csikszentmihalyi died. Csikszentmihalyi was most famous for his concept of “being in the flow,” of being so involved in what you are doing, that time—indeed anything else—ceases to be noticed. I’m in it when I’m writing, or coaching, or researching a topic of great interest.

Recently a lot attention has been devoted to understanding the flow state, and this research is an interesting addition to that body of research.

What the researchers say: “Flow is a state of peak enjoyment that occurs when you are doing something that is difficult and you are highly skilled at,” explained the lead author of this new paper on the subject.

Flow is said to be good for our well-being—and there is evidence that it can ward off depression, prevent burnout and make us more resilient. We seek it out, but we don’t understand how the brain enables flow very well, he said.

In an effort to see what the brain does during flow, the researchers looked at how people experience flow while playing a video game. During the research, more than 140 participants played a video game. Some took part in an experiment while playing a game and self-reported their experiences. Others also subjected themselves to brain imaging so that researchers could look at how their brain functioned during flow.

Flow happens, the researchers said, when activities are engaging enough to fully involve someone to the point of barely being distracted, but not so difficult that the activity becomes frustrating.

For this reason, a video game designed for a child will probably not keep an adult in flow. There must be a balance, they explained. When there’s a balance, the person experiences an intrinsic reward. Things like getting to the next level or earning points matter, but they become secondary. Simply playing the game and experiencing flow is rewarding in and of itself.

Flow requires a high level of attention. To measure this, researchers distracted the players at various points in the game with a probe—a red circle accompanied by a tone—which appeared on the screen in one of the game’s four corners. Participants were asked to respond to the probe as quickly as possible.

Previous research has shown that when people focus their attention on one task, they become slower to respond to these probes. Therefore, if flow requires a high level of focused attention, then people should be slowest to respond when the game’s difficulty and the player’s ability are in balance. This is exactly what the researchers found, and it may explain why people are able to focus on tasks during flow while ignoring distractions.

Importantly, modular network organization is energetically efficient. Research shows that during complex tasks, this modular configuration often reconfigures by connecting different brain regions into a new modular organization. This reconfiguration is called “flexibility,” and it is thought to help people adaptively respond to difficult tasks.

“In our study, we showed that flow is associated with a flexible and modular brain-network topology, which may offer an explanation for why flow is simultaneously perceived as high-control and effortless, even when the task difficulty is high,” said the lead author.

In other words, the brain in flow is pretty darn efficient.

“Imagine looking for your keys in the morning,” he added. “If you don’t know where your keys are, you’ll need to visit every room in your home and turn on every light. This will require a lot of energy. But if you remember where your keys are, even if you leave them in a different room each day, you can efficiently travel to the right room and turn on only the necessary lights. In many ways, this is similar to the brain during flow — only the necessary brain structures are networked together in an energy efficient way.”

In the experiments, researchers showed that a balance between game difficulty and individual ability results in high self-reported flow, high levels of motivated attention, and a flexible and modular brain network topology.

Of the 140 people studied at two universities, 35 were observed in a functional MRI where they held the game controls, a button box and track ball close to their body while the MRI machine functioned. The others were at a desk, operating the computerized game with a standard desktop computer.

In flow, people recognize the task’s demands and proceed without requiring excess amounts of energy. Flow could, then, relieve the stress of competing demands in our lives, such as pandemic stresses, an overwhelming task at work, a family problem, all of the above…….

Being in the flow is somewhat like “living for the moment, for now.” Not everyone can.

Research in 2019 showed that there were three kinds of what is called “temporal focus.” There was past focus, which most people who suffer from depression are blighted with. These people angst about the past, largely reliving failures or setbacks. A non-depressed brain does not spend much time thinking about the past.

Other people focus on the “now.” These people live for the present. They tend to have greater overall life satisfaction but can be impulsive in their decision-making. They tend also to be more creative according to recent studies.

Finally, people can be future-focused. These people are task and goal orientated, they get things done, they save for the future, but their overall level of happiness is not nearly so great.

Ideally a bit of each would seem to be advantageous but that’s just not the way humans usually are.

How does “flow” fit in with all this? Although everyone can get into the flow, it’s hardest for those who are past focused to do so. Present focused people find it easiest, after all being in the flow is about the now, the present, and that’s where these people live.

For more on being “in the flow” click here.

Flow—being so involved in what you are doing that time, indeed anything else, ceases to be noticed—is said to be good for our well-being. There is evidence that it can ward off depression, prevent burnout and make us more resilient. We seek it out, but our understanding of how the brain enables flow is limited.

There is an eternal question when hiring: “Is this person really the right fit?” Even if a candidate has the skills for the job, does their personality fit the company culture? Do their goals align with those of the organization? Employees who identify with the organization’s goals do better and remain longer. But the organization must have goals that employees can relate to.

Over half of parents are worried that they’re giving their children too much and two in five saying they’re even sometimes “embarrassed by how selfish their child acts.” But most parents want to raise appreciative kids, with three in four saying it’s a high priority to teach their children gratitude.