Mapping the brain circuitry of spirituality 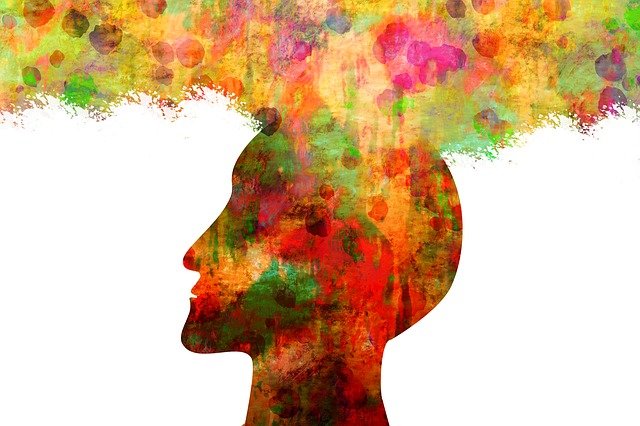 We are about to enter Yuletide (this year from December 21 to January 1). Almost every religion on Earth has a festival associated with this time of year. Even in Neolithic times the solstice was celebrated. It was and is at the core of so much of our spirituality.

And yet up to now, little research has been done on the neural underpinnings of human spiritual life. Something so universal was also so little understood. Why is it that every human culture has a belief system focusing on the transcendent, the metaphysical, the divine? Even atheists profess a metaphysical belief system. The belief that there is no god is as unprovable and just as much resting on faith as any religion.

Scientists have long suspected that religiosity and spirituality could be mapped to specific brain circuits, but the location of those circuits remained unknown. Now, a new study using novel technology and the human connectome, a map of neural connections, has identified a brain circuit that seems to mediate that aspect of our personality. The work appears in Biological Psychiatry.

The study shows that the brain circuitry of spirituality centers around a brainstem area called the periaqueductal gray (PAG).

What the researchers say: “Patients routinely report that spiritual and religious experiences are among their most meaningful life events. Yet medical science historically has been shy about empirically studying the impacts of spirituality or its physiological mechanisms,” the lead author said. “Now, we’re at a moment of sufficient cultural openness in science coupled with threshold technological proficiency in brain mapping that we don’t need to be so shy anymore about examining spirituality using our best scientific methods.”

Some people with neurological diseases such as schizophrenia experience hallucinations or ideations that are religious or spiritual in nature. And previous studies have shown that people with a certain type of epilepsy or with damage in specific brain areas could experience alterations in their spiritual identification. Earlier research has also indicated that religious experiences are not the product of one particular brain region—that there is no so-called “god spot”—but that spirituality likely arises from dynamic activity across multiple brain regions.

In order to map the newly found brain circuit, the researchers examined data about self-reported spirituality from 88 patients before and after undergoing surgery for a brain tumor. The researchers then used a technique called lesion network mapping to analyze how the site of each patient’s lesion, or tumor, interacts with the rest of the brain using a connectome dataset. That analysis revealed the PAG as a critical hub to changes in spiritual identification. They then confirmed the importance of the PAG by analyzing previously collected data from 105 veterans of the Vietnam War who experienced head trauma.

The PAG is an evolutionarily old brain structure known for its roles in fear response behaviors and autonomic functions such as regulating heart rate. The PAG is perhaps best known (and most studied) for its role in dampening pain by triggering the release of endogenous opioids, the brain’s own painkillers.

The researchers were surprised to find the spirituality circuitry centered on the PAG, rather than “higher” brain regions such as the cortex, which is usually associated with cognitive function and abstract thoughts.

“The fact that our results in this study point to such an evolutionarily ancient brainstem structure to define a circuit for spirituality is potentially significant for a litany of reasons,” the researchers noted. “Among the more immediately material reasons is that the [PAG] is well-known to mediate pain inhibition. This leads to curiosity about ways that spirituality might be clinically relevant for helping manage physical and emotional pain.”

“The fact that the [PAG] is also involved in attachment and bonding may also hint at mechanistic explanations for the emerging observation that spirituality can be effectively integrated into psychotherapy,” the lead researcher added.” These are of course early speculations about possible clinical relevance for the neuroscience of spirituality; the fact, though, that there is so much more work to do in this area is exhilarating and motivating!”

So, what? It is important to understand that this study does not suggest that religion or spirituality in healthy people are in any way abnormal. Rather, this study identifies circuits in the brain that enable us to have religious or spiritual experiences. Researchers have long believed these circuits to exist, because some mental and neurologic illnesses can be associated with alterations in religious experiences, such as religious hallucinations or delusions.

The other really intriguing question is: what other animals may have spiritual experiences? We share the PAG, for example with all mammals, birds and even fish. Does this mean that chimps, or gorillas, or dogs or even sharks and pigeons are capable of a spiritual life? Of course, theirs may well be quite different from ours, but may even be richer and more meaningful to them.

The implications of this research are vast and may lead to a rethinking of our relationship with animals and our conception of religion.

During periods of limited face-to-face contact, such as that experienced by most people during Covid-19 lockdowns, digital contact is particularly harmful for the wellbeing of young adults—and probably for the rest of us as well.

The share of women in top positions in business is increasing but, globally, it still remains just under 30 per cent. Women often need to be much more qualified and determined than male candidates in order to be elected as board members or CEO’s.

Mapping the brain circuitry of spirituality

Up to now, little research has been done on the neural underpinnings of human spiritual life. Something so universal was also so little understood. Why is it that every human culture has a belief system focusing on the transcendent, the metaphysical, the divine?

Few differences between atheists and believers