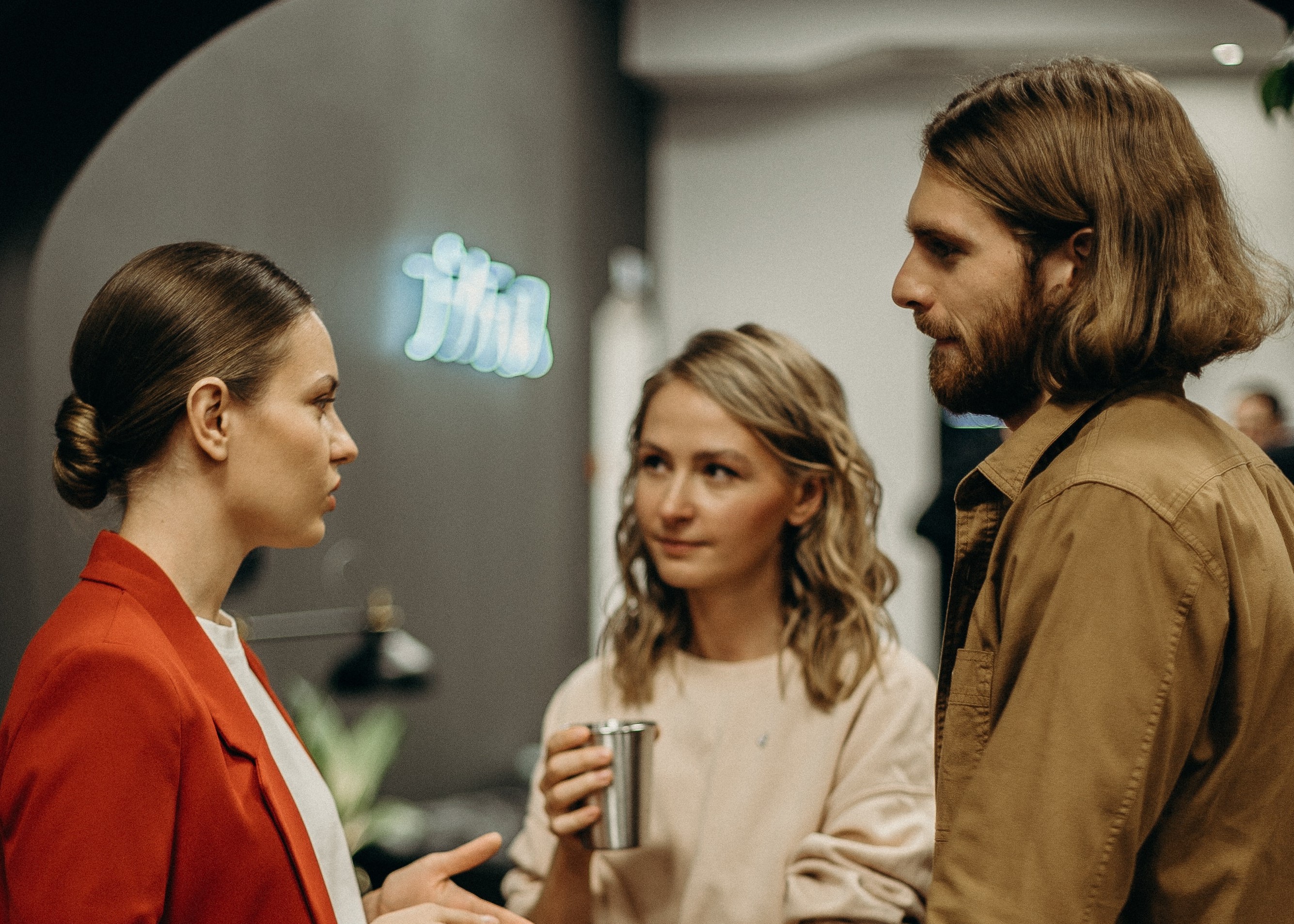 Alicia and I have long touted the benefits of small talk as being, perhaps, more important for our wellbeing than “serious conversations.” A great new study provides more evidence of this.

In our studies we have found that, whether in the workplace or our personal lives, most people have a strong preference for balanced conversations, where each person is able to “get their two cents in.” In fact, new research published in Language and Speech shows that people take corrective action to ensure a two-way flow of conversation when situational factors, like defined roles for working together on a task, create an imbalance in how each person is able to contribute.

Surprisingly, this corrective behavior had never before been identified or described. The researchers who discovered it are calling it “reciprocity in conversation.” And in settings where people are working together on a task, it’s actually associated with higher levels of task enjoyment. This could have fascinating implications for employee morale in work settings, but there’s a catch. In order for conversation reciprocity to take place, the people collaborating on a task must make time to incorporate small talk into their work.

The lead author on this research said the findings couldn’t have come at a better time, because they may be able to help improve remote work environments.

What the researchers say: “An average workday now is getting the team together into a virtual meeting, where there’s a very clear goal and task,” he said. “You’re not talking to coworkers at their desk or in the hall. Everything is structured, and everything is essentially a task nowadays. So, this research highlights the importance of perhaps trying to institute moments throughout the day with unstructured chat time.”

It’s in those moments that reciprocity works its magic. Typically, when peers are working together on a task that requires one to direct the other, it creates a natural imbalance in the conversation, where the person in the leadership role ends up doing most of the talking. But if the participants also have unstructured time available, the person leading the task-based conversation can use the opportunity to pull back on their contributions, essentially yielding air time during small talk to the other participant.

That’s reciprocity. It helps balance the scales of the overall interaction. And the closer participants get to achieving balance, the higher their levels of enjoyment will be related to the task at hand.

To make this discovery, the research team analyzed an open-source collection of transcripts from an experiment where one person in a lab was connected with another via video call and tasked with directing them on a walk around downtown Santa Cruz to find and photograph public art.

Researchers reviewed the transcripts from 69 artwalk conversations to identify both task-based and “off-task” communications. Then they determined the contribution balance of each participant, based on who said more words or took longer speaking turns, for each type of communication. In comparing the two, they discovered reciprocity. And when they reviewed the results of post-participation surveys, they found that more balanced conversations, with high levels of reciprocity, had higher reported levels of task enjoyment.

These findings add a new dimension to psychologists’ understanding of the importance of balanced communications in collaborative settings. Prior research has also shown that conversational imbalances can have negative effects on task performance by limiting feedback and engagement.

“To understand this, you could draw an analogy to a classroom,” said the researchers. “Getting feedback from the class tells the professor how they should be explaining something, and that helps everyone in the class, not just the one person who’s asking the question.”

But the most effective strategies for achieving these benefits are not always intuitive. Prior research on task-based communications found that if roles and power dynamics are merely rotated during a task, the person originally assigned the leadership role often carries forward a tendency to dominate the conversation. Reciprocity shows that the way to bring balance in teamwork settings may not be switching roles, but rather removing the roles entirely and making time to just connect on a personal level.

The lead author said he thinks this research shows that people are “generally trying to be considerate of each other. There may just be something about small talk that gives us a boost in the right direction.”

So, what? Alicia and I do a lot of work helping organizations to build and manage high performing teams. This kind of reciprocity is one of their hallmarks.

But there’s much more to “small talk” than that. When we engage in “chit chat” we are exchanging commonalities—discovering new areas of commonality and reaffirming those that we already have. This deepens trust, solidifies relationships and makes the more “serious” part of the conversation or meeting more productive.

In the long term, it’s our agreement about the “trivial” (we like the same films, restaurants, holidays etc.) which is much more important than almost anything that happens in a formal meeting. Small talk strengthens our relationships, stronger relationships fortify our immune systems - psychic and physical. Long live chit-chat!

The power of gratitude in the workplace