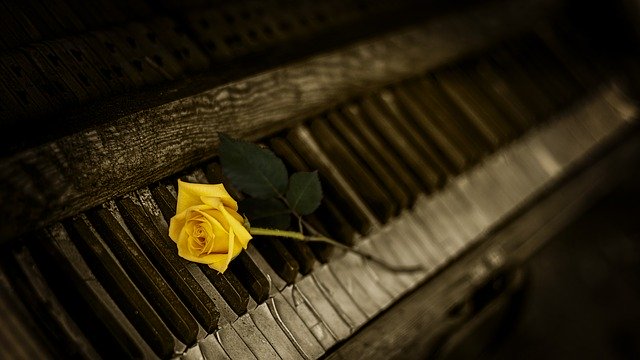 Recently scientists have been asking if music is really a "universal language"? Two articles in a recent issue of Science support the idea that music all around the globe shares important commonalities, despite many differences.  In the articles, cognitive biologists suggest that human musicality unites all cultures across the planet.

The many musical styles of the world are so different, at least superficially, that music scholars are often skeptical that they have any important shared features. "Universality is a big word—and a dangerous one", the great Leonard Bernstein once said. Indeed, in ethnomusicology, universality became something of a dirty word. But new research promises to once again revive the search for deep universal aspects of human musicality.

What the researchers say: The lead author said that the team found that all cultures make music, and use similar kinds of music in similar contexts, with consistent features in each case. For example, all around the world dance music is fast and rhythmic, and lullabies soft and slow. Furthermore, all cultures showed tonality: building up a small subset of notes from some base note, just as in the Western diatonic scale. Healing songs tend to use fewer notes, and more closely spaced, than love songs. These and other findings indicate that there are indeed universal properties of music that likely reflect deeper commonalities of human cognition—a fundamental "human musicality".

In a perspective piece in the journal, researchers comment on the implications of seeing music in this way. "Human musicality fundamentally rests on a small number of fixed pillars: hard-coded predispositions, afforded to us by the ancient physiological infrastructure of our shared biology. These 'musical pillars' are then 'seasoned' with the specifics of every individual culture, giving rise to the beautiful kaleidoscopic assortment that we find in world music", the authors explain.

As humanity comes closer together, so does our wish to understand what it is that we all have in common—in all aspects of behavior and culture. The new research suggests that human musicality is one of these shared aspects of human cognition. "Just as European countries are said to be ‘United In Diversity,’ so too the medley of human musicality unites all cultures across the planet,” the researchers conclude.

So, what? That music is at least partly genetic explains why extreme religious sects that have tried to ban music or dancing (like the Taliban) have inevitably failed.

Perhaps the unity underlying the need for musical expression is why we have never gone to war over musical differences.

Interestingly some years back (in the distant 2000s) researchers began exploring Neanderthal music. We know they had musical instruments such as flutes and drums. Perhaps, as some researchers believe, they (and we sapiens) got our musical beginnings from earlier species of hominid such as homo erectus or even before.

Perhaps it’s time for us all to grab our pipes and drums and make some unifying music together. The words don’t matter, and we all have the beat (it’s tied to our cardiac rhythm) so what are we waiting for? Experiments Alicia and I did as part of our Uplift Program with the University of South Florida showed that once people start playing instruments together—or even clapping—they automatically fall into the same beat and rhythm.

Smartphones are an integral part of most people's lives, allowing us to stay connected and in-the-know at all times. The downside of that convenience is that many of us are also addicted to the constant pings, chimes, vibrations and other alerts from our devices, unable to ignore new emails, texts and images.