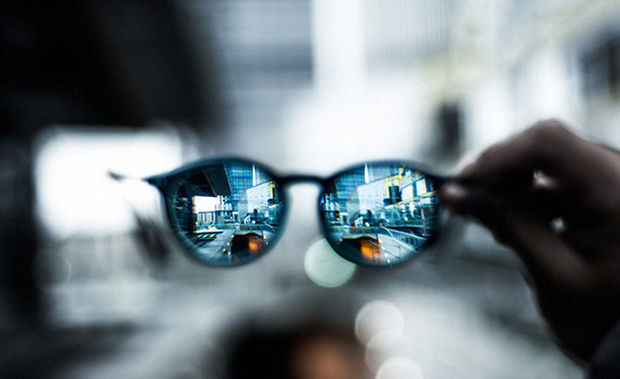 Our emotional state in a given moment may influence what we see, according to findings published in Psychological Science. To prove the point researchers found in two experiments that participants saw a neutral face as smiling more when it was paired with an unseen positive image.

What the researchers say: The research shows that humans are active perceivers, not passive receivers of an image, say the coauthors.   “We do not passively detect information in the world and then react to it—we construct perceptions of the world as the architects of our own experience. Our affective feelings are a critical determinant of the experience we create,” the researchers explain. “That is, we do not come to know the world through only our external senses—we see the world differently when we feel pleasant or unpleasant.”   In this study the researchers wanted to see if changing people's emotional states outside their conscious awareness might actually change how they see the neutral faces.

The face that was presented to participants' dominant eye was always neutral. But the subjects tended to select faces that were smiling more as the best match if the image that was presented outside of their awareness showed a person who was smiling as opposed to neutral or scowling   In a second experiment, the researchers included an objective measure of awareness, asking participants to guess the orientation of the suppressed face. Again, the results indicated that unseen positive faces changed participants' perception of the visible neutral face.

Given that studies often show negative stimuli as having greater influence on behavior and decision making, the robust effect of positive faces in this research is intriguing and an interesting area for future exploration, the researchers note.   The authors add that their findings could have broad, real-world implications that extend from everyday social interactions to situations with more severe consequences, such as when judges or jury members have to evaluate whether a defendant is remorseful.

So, what? These experiments provide further evidence that what we see is not a direct reflection of the world but a mental representation of the world that is infused by our emotional experiences. We each perceive the world differently and it may be that there is no universally recognized “reality.” It’s as if reality worked on the level of waves and particles in quantum physics—whether the element is a wave or a particle depends on how you look at it.   This unreality extends to decision-making since we make decisions not on the basis of facts or reasoning but rather on the basis of emotion. Our memories and the way we learn are heavily influenced by emotions. This means that there is no objectively “true” memory—maybe even in the short-term where objective memory was once thought to be certain.  Other recent experiments have shown that what we hear, what we smell and even what we perceive through touch are governed, at least in part, by how we feel.   We are governed, persuaded, taught, influenced and even led by feeling rather than fact.

What now? In business, as in politics, we are still trying to persuade people by reliance on reason, logic and “objective facts.” But this puts us in danger of being swayed by those—like the populist authoritarian leaders, con men and others—who have, by accident or cunning, learned the secret of human persuasion. We can counter this, but to do so we have to understand how the human receptivity to persuasion actually works rather than just how we would like it to work. That understanding is what Alicia and I teach.