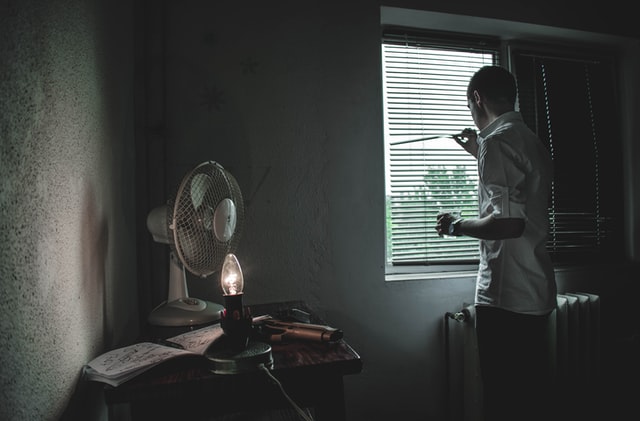 DT’s endorsement of the protesters against lockdowns—and, presumably of the billionaires (Secretary of Education Betsy DeVos’s family in particular) who fund them and the extreme rightwing groups who organize them—has set a dangerous precedent. Many came to the demos with firearms and DT mentioned supposed threats to the 2nd Amendment (the right to bear arms) in his lauding of them.

What they share in common—both DT and the majority of demonstrators—is a stated belief in various conspiracy theories. Believers in these crackpot ideas have already assaulted and threatened health workers who are risking their lives to keep them alive.

All this makes this research all that more important.

For some time, it’s been recognized that some political movements, particularly those extremist in nature, are associated with belief in conspiracy theories. Antisemitic demagogues, for example, have long referred to The Protocols of the Elders of Zion to support their cause, in effect using for their purposes a conspiracy theory that is still widely believed although it has long been known that the text itself is a literary forgery.

However, the role that a belief in conspiracies actually plays in political extremism and the willingness to use physical force has to date been disputed by psychologists. Researchers in Germany and the US have now investigated the possible link on the basis of two studies.

The study subjects were asked to assume that the world is controlled by powerful secret societies. Faced with the prospect that practically all areas of society are dominated by such conspiratorial groups, the subjects declared themselves less willing to become involved in lawful political activities. Instead, they would resort to illegal, violent means.

Researchers had noticed that the views expressed by the specialists in this field differ widely on the relation between conspiracy beliefs and political engagement. On the one hand, many psychologists believe that conspiracy-based views could have a motivating influence and that their adherents are more likely to become actively involved in politics, or even violence, in order to bring about change. However, other researchers hold that a belief in conspiracies tends to lead to disaffection and even withdrawal from politics.

They were then required to stipulate what sort of political stance they would take on the basis of 20 different suggestions. For example: “I would participate in an election by voting” or “I would try to influence the outcome of an election by hacking computers” or “I would carry out a violent attack on a person in a position of power”.

The evaluation of the results showed how the apparent theoretical contradictions can be explained: There is a connection between the—in this case hypothetical—belief in conspiracy theories and the individual’s political outlook. This can be expressed in graph form and produces an inverted U shape. This means that the willingness to engage in political activity reaches its peak among the mid-level adherents of conspiracy theories. Thereafter, the interest decreases again, especially when it comes to becoming actively engaged in legal means of political expression. Where there is an increasing conviction of being betrayed by the government, the tendency to resort to illegal, violent means increases. These tendencies were apparent in Germany as well as in the USA, although they were, surprisingly, somewhat weaker in the US.

What the researchers say: The results, as the authors write in their article in the journal Social Psychological and Personality Science, point to a real danger of conspiracy worldviews. “Once people are convinced of them, there is no need to pay allegiance to any form of social contract, as codified in laws and regulations or implicitly agreed on in forms of trust in epistemic authorities like quality media or university scientists.”

They point out that, despite the clear limitations of the two studies, (e.g. the fact that the participants were asked to give hypothetical reactions to a hypothetical scenario) a clear conclusion can be drawn that that belief in conspiracy theories may be associated with an attitude that assumes violent extremism to be an acceptable option.

So, what? This is the first time that an experimental investigation has shown that political extremism and violence could be seen by a conspiracy believer as almost logical. Particularly if one is convinced that secret conspiratorial powers control the world.

That’s what makes DT’s comments about the “deep state” conspiring against him and his implicit endorsements of extremists so dangerous.

Why do political figures appear to be able to get away with mild truth bending and sometimes even outrageous lies? This is, of course, a really important question at the moment. However it doesn’t just apply to politicians.

The Internet may be changing our brains

It’s clear the Internet has drastically and negatively altered the opportunity for social interactions, and the contexts within which social relationships can take place.