Use of electrical brain stimulation to foster creativity has sweeping implications. 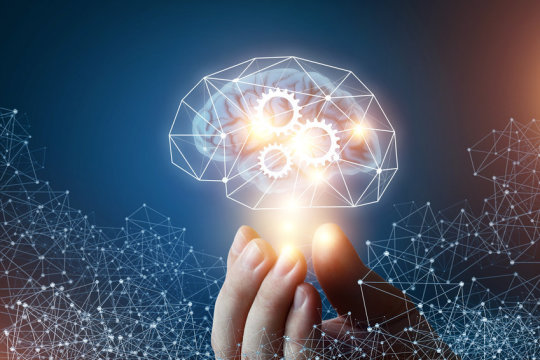 What is creativity, and can it be enhanced—safely—in a person who needs a boost of imagination? There is a growing use of electrical devices that stimulate brain tissue (for depression for example), and some experts believe there is potential value in the technique—despite a number of recent studies which have thrown doubt on the results. However, use of these machines also raises neuro-ethical, legal, and social issues that must be addressed.

What the researchers say: In an article published today in Creativity Research Journal, a number of prominent researchers say that the clearest problematic issues with using transcranial electrical stimulation (tES) to improve various forms of creative cognition relate to the use of the procedure in a child’s brain. This scenario is increasingly likely because tES devices are not just in clinical use for some neurological disorders but are widely being sold direct to consumer (DTC), and are being made in a do-it-yourself (DIY) fashion, researchers say.

That suggests that the tES field (those who use the devices clinically, study its myriad implications, and build and market the devices) must consider—as soon as possible—how tES use should be regarded and regulated, they say.

“There are multiple potential concerns with DIY-ers self-administering electric current to their brains, but this use of tES may be inevitable. And, certainly, anytime there is risk of harm with a technology, the scariest risks are those associated with kids and the developing brain,” says the lead author.

“DIY applications can pose certain challenges in that constraints may not be appreciated or adhered to, and in some cases, not regarded,” they add. “The DIY community is certainly not cavalier or a proverbial ‘wild west’ environment. Many DIY individuals and groups employ independent institutional review boards or establish self-regulating oversight committees to guide the scope and tenor of their work. However, there is what I feel to be justified concern about safety issues.”

The authors also say another concern is that increasing use of tES could precipitate the advent of a new and medically accepted “disorder” that would then “require” tES treatment.

Simply shifting a threshold of what qualities and capabilities are considered to be “normal” establishes a basis for any intervention to be regarded as a treatment, they say. An example is ADHD and Ritalin. ADHD is in fact a rare condition and needs little medication beyond an opportunity to play in a natural surrounding (see our book “Raising an Optimistic Child“). Mostly the problem is a lack of playtime, particularly at school, and the general medicalization of childhood leading to the pushing of Ritalin and the like as a “cure.” These drugs can have serious  lasting effects when the patient becomes an adult.

Some people may confuse tES with “shock” therapy (electro-convulsive therapy or ECT), but tES and ECT are very different, the authors state. “The current used in even research and clinical tES devices is several orders of magnitude less than that which is used in ECT, and the current that is delivered in direct-to-consumer machines is even less.”

The lead author’s work focuses on testing whether tES can, indeed, bolster creativity. In one study, he looked at whether tES to the frontal pole of the brain, to facilitate neural activity in this brain region, would support creative verbal thinking and reasoning. He used tests of creative analogical reasoning and word association to measure creativity. For both tasks, the ability to make less obvious connections between words is considered to require more abstract creative thinking.

“Our work in the lab involves careful computer modeling of tissues in the head,” they says. “It’s important to understand where the electric current is going and how it is behaving.”

But even the concept of creativity is up for discussion.

“The stock definition of creativity is something like, generating or finding ideas/solutions that are both novel and useful,” the lead researcher says. “But I can tell you that there is much discussion, even among creativity researchers about the best operational definition(s) to use. My strong sense is that it is more important to study activities that are clearly creative than it is to try to identify a single activity that is creativity.”

So, What? The question with this stimulation technology is not can we use it for creativity and other cognitive enhancements (as opposed to a possible solution to serious mood disorders), but ought we? I can foresee a time when employers, parents, teachers and others will insist on it. We may well then discover that the long-term effects are, like Ritalin, really, really bad.

The idea of experimenting on children—or even worse allowing parents to use DIY interventions to try and boost their offspring’s creative powers or intelligence—is, it seems to me, both unethical and frightening

Watching others makes people overconfident in their own abilities.

Watching YouTube videos, Instagram demos, and Facebook tutorials may make us feel as though we’re acquiring all sorts of new skills but it probably won’t make us experts, according to research published in Psychological Science.

The enduring benefits of hiring a star

I’m the Managing Partner of A Large Law Firm and I’m looking to bulk up my partner team in a crucial area. Do I promote three SA's at $500,000 p.a. each or do I hire a known rainmaker at $4,000,000? Part of the answer may lie in how much the rest of my partners can learn from the rainmaker’s creativity and innovative approaches.