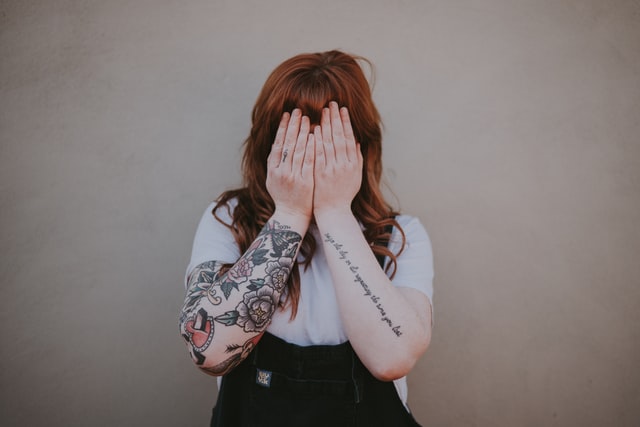 The “scarred villain” is one of the oldest tropes in film and literature, from Scar in “The Lion King” to Star Wars’ Darth Vader and the Joker in “The Dark Knight.” The trope is likely rooted in a long-evolved human bias against facial anomalies—atypical features such as growths, swelling, facial paralysis, and scars. A new brain-and-behavior study illuminates this bias on multiple levels.

The researchers, whose findings were published this week in the Annals of the New York Academy of Sciences, used surveys, social simulations, and functional MRI (fMRI) studies to study hundreds of participants’ responses and attitudes towards attractive, average, and anomalous faces. The findings clarify how the “anomalous-is-bad” stereotype manifests and implicate a brain region called the amygdala (the fear center of the brain) as one of the likely mediators of this stereotype.

What the researchers say: “Understanding the psychology of the ‘anomalous-is-bad’ stereotype can help, for example, in the design of interventions to educate the public about the social burdens shouldered by people who look different,” said the lead author.

Bias against people with facial disfigurements has been demonstrated in various prior studies. Researchers broadly assume that this bias reflects ancient adaptive traits which evolved to promote healthy mate selection, for example, and to steer us clear of people who have potentially communicable diseases. Regardless the cause, for many people, their facial anomalies render them unjust targets of discrimination.

In their study, the researchers investigated how this bias manifests at different levels, from expressed attitudes towards faces, to actual behavior during simulated social interactions, and even down to brain responses when viewing faces.

In the other part of the study, they examined moral attitudes and dispositions, the behavior during simulated social interaction, and fMRI-measured brain responses, for 27 participants who viewed similar sets of faces.

Here again there was evidence of the anomalous-is-bad habit of thinking, though it was not clear that this translated into mistreatment of people with anomalous faces. For example, in a simulated donation game measuring pro-sociality—the willingness to be positive and helpful towards another—the participants were not significantly less pro-social towards anomalous-looking people.

However, participants in the highest tier of socioeconomic status, compared to the others, were significantly less pro-social towards anomalous-looking people.

On fMRI scans, the amygdala and another brain region called the fusiform gyri (an area involved in facial recognition) showed significant neural responses specifically to anomalous faces. Activity in a portion of the left amygdala, which correlated with less pro-sociality towards anomalous faces, also seemed related to participants’ beliefs about justice in the world and their degree of empathic concern.

So, what? It has been known for some time that attractive people are rated as more trustworthy. They are more likely to get the best jobs—and of course the most attractive mates.

The most interesting thing about this study is the neuroscience—particularly the role of the amygdala. Over the last few years there has been a lot of research into the functioning of this area of the cortex, which we share with most creatures with a brain. It plays a vital role in memory, emotion and stress responses—all of which has been known for some time.

This study takes that research a bit further and applies it to the subject of our universally-held genetically-based biases.

The epidemic of loneliness and social separation preceded the COVID-19 pandemic. Does household size, video calls with friends and family, working outside the home or being in the company of one’s children or pets make a difference in our feelings of social connectedness?

Understanding the psychology of the human bias against facial anomalies can help in the design of interventions to educate the public about the social burdens shouldered by people who look different.

The market advantage of a feminine brand name

The number of syllables in a name, which syllable is stressed, and the ending sound, all convey masculine or feminine gender. People automatically associate name length, stress, and ending sound with men’s or women’s names because most people’s names follow certain rules.