Why older workers might be more stressed than younger ones. 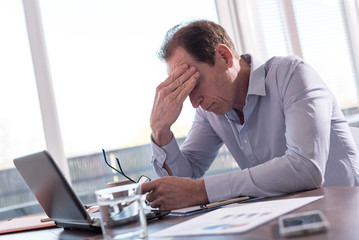 Older workers tend to feel more stress than younger workers when their employers don’t provide them with the support and resources needed to do their jobs well, according to a new study in the Journal of Vocational Behavior.

What the researchers say: The research team surveyed 243 municipal public works employees between the ages of 24 and 64 over the course of a year. They found that both younger and older workers had lower levels of overall stress when they were given more autonomy on the job, had good relationships with their bosses and felt they were respected and treated fairly at work. But when such resources were lacking, older workers reported significantly higher stress levels a year later than their younger colleagues.   “These are things that employers should provide to all employees, but may be especially important for older employees,” the lead researcher said. “You don’t want to have a company policy that says, ‘We treat young people this way and old people that way,’ but it does show you that age-sensitive human resource systems should be in place where you maybe train managers on how to be aware of the needs of their different workers.”

He said the findings suggest that older workers place a greater value on having autonomy and a supportive work environment than younger workers because those resources allow them to adapt to the psychological and physical changes that come with aging. For example, older workers tend to prioritize emotional needs and care more about having socially meaningful interactions and mentoring their colleagues than younger workers whose focus tends to be on gaining the skills they need to advance in their careers.

The authors say the findings are especially important as the number of workers who are 55 and older continues to grow. The U.S. Labor Bureau estimates that older workers will account for nearly a quarter of the workforce by 2020.   “With the workforce becoming more age-diverse and older at the same time, it is important to understand the differences between younger and older workers to help them cope with the demands of their work lives more effectively,” the researchers said.

So, what? The interesting thing about this study is that it illustrates an important point about human neurogenetics. In hunter-gatherer times the young members of the band went out into the bush and faced considerable dangers in hunting and gathering—especially hunting.   When they reached a certain age (usually about 35 or 40 when hormonal changes in both sexes tend to begin to kick in) they became members of the council of elders. They were valued for their experience, their knowledge and their wisdom (we become wiser as we age, thank goodness) and the band, or the tribe, could not afford to place these people at risk. Their forays into areas of danger became fewer.   At a certain point in our lives we are genetically wired to want to be treated as elders, valued for our wisdom. If that doesn’t happen we become stressed—just like any system which is pushed past it’s design specs. As it is we are not good at giving younger employees the learning they need nor older employees the respect they deserve.   What now? The researchers make the following suggestions—with which I heartily concur:

Rather than require that employees complete tasks a certain way, employers should, when possible, give workers the flexibility to bring their different skill sets, strengths and years of accumulated job experience to the table

“When you come down to it, focusing on bottom lines and ignoring these human resource factors have really bad results and can be more expensive down the road,” they said. “By not focusing on the human side, it may be a short-term gain but a long-term loss.”