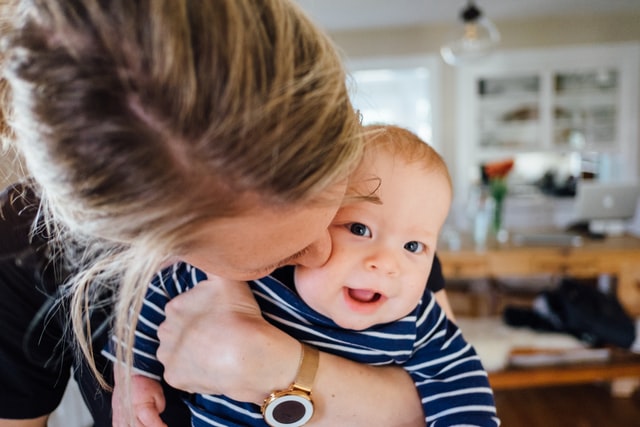 A study published in the September 6 edition of PNAS found that college-educated women are much more likely than ever before to have a first child outside of marriage.

Another study, by the same team, is the first to trace how the income gap, a large-scale societal trend, is affecting individual people’s personal choices about starting a family. The greater the income inequality in an area, the less likely young men and women are to marry before having a first child, concluded the study, in the August issue of the American Sociological Review.

Again in a paper presented this month the team reported that the majority of first children born to millennial women with only a high school education were born before marriage.

What the researchers say: “Clearly the role of marriage in fertility and family formation is now modest in early adulthood and the lofty place that marriage once held among the markers of adulthood is in serious question,” said the lead researcher on all three studies. “It is now unusual for non-college graduates who have children in their teens and 20s to have all of them within marriage.”

I think the most interesting of the studies found that women with degrees are also more likely to be married at the time of their second birth, suggesting a historic shift among the educated away from starting families with marriage to starting them with a baby.

“I project that among college-educated women currently in their thirties who will ever have a first child, 18% to 27% will be unmarried at the time of the birth,” the lead researcher said. “The place of marriage in the sequence of life events for emerging adulthood may be shifting among college graduates.”

The proportion of first births outside of marriage has increased at all educational levels but the increase has been greatest among women with college degrees, they found.

In 1996 only 4% of college-educated women in their 30s had their first babies while unmarried. Twenty years later, that percentage has increased six-fold to 24.5%. Among all women in their 30s who have a first birth outside of marriage, women with college degrees are more likely to be married at the time of their second birth. College educated women are also somewhat more likely than women without bachelor’s degrees to have had the same partner for both children—in more than half of those instances of babies born outside of marriage, the women were cohabiting at the time of the birth.

“For a growing number of college-educated young adults in the U.S, their family life courses will eventually result in marriage but, for increasing numbers, marriage would follow a first birth rather than precede it,” the researchers noted. “This suggests a potential change in the role of marriage among college-educated emerging adults–although not necessarily a decline.”

The lead author points to several likely reasons for the marked change, chiefly: money problems, including college debt and lower economic returns from a college degree, and the widespread cultural acceptance for single parenthood and unmarried couples living together.

“Young adults may postpone or forgo marriage until and unless they have attained certain economic markers such as home ownership or an income comparable to the married couples around them,” he said, adding that studies of less-educated women show that when the actual or perceived support for marriage declines, some women postpone marriage but still have a first birth and this same dynamic could be emerging among better-educated women.

So, what? Increasing inequality leads, inexorably, to increasing social disruption, that now is a given except among the very rich and their lobbyists who have a stake in the status quo.

However, saying that does not mean that any particular institution is sacrosanct. We are genetically wired to pair bond, but not to bond in a particular way. Marriage as we understand it arose with the advent of private ownership and the need for inheritance. However, marriage of some type, as a celebration of pair bonding, originated early in the evolution of modern humans. Some hunter-gatherers had arranged marriages which were formalized when the bands came together for trade and others had courtship marriages.

In my experience of living with H-Gs, courtship was the more usual of the two. However, most studies have shown that it was not unusual, or frowned upon, for a woman to have children outside of marriage or even sired by a man not her husband—or husbands. Certainly, that was true among the bands that I studied.

One thing that all the studies confirm is that marriage is ubiquitous in all human societies. As one recent study put it :“We conclude that while there are many ethnographic examples of variation across human societies in terms of marriage patterns, extramarital affairs, the stability of relationships, and the ways in which fathers invest, the pair-bond is a ubiquitous feature of human mating relationships. This may be expressed through polygyny and/or polyandry but is most commonly observed in the form of serial monogamy.”

Alicia and my serial monogamy has lasted 40 years so far. Another 500 would not be enough.

Knowing who needs to be where, on what day and at what time. Buying a bigger pair of pants before a child outgrows what is currently hanging in the closet. Always having a jar of unopened peanut butter on hand.