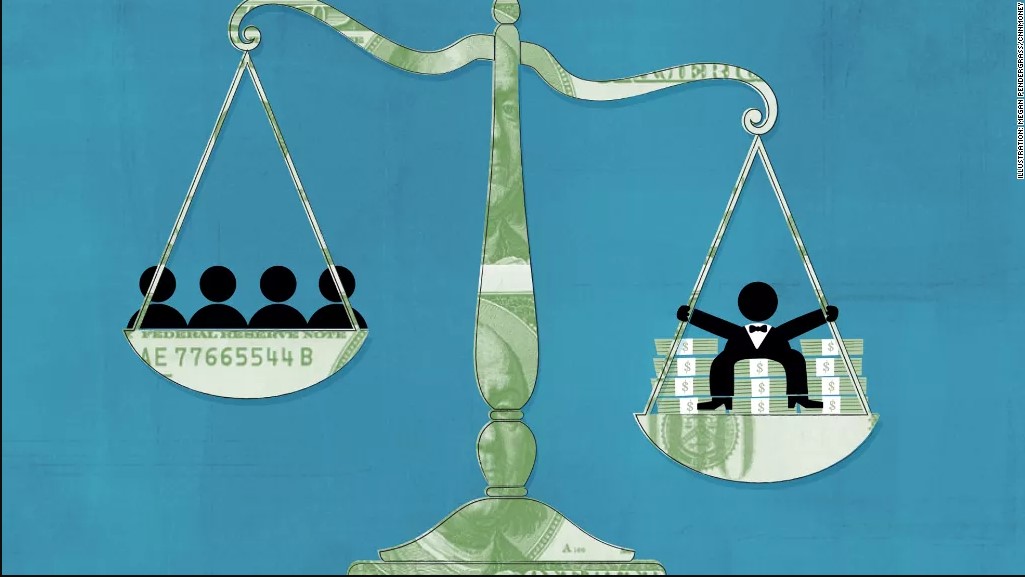 Probing a new angle of income inequality, the researchers sought to determine how people would feel about a company once they knew what the top executive made compared to the workers.

Their findings, published in the Journal of Experimental Social Psychology, suggest that the wider the pay gulf, the more negative the perception of the company from the standpoint of potential employees and consumers.

What the researchers say: “Our results indicate that consumers are less interested in purchasing from and getting a job at companies with high CEO-to-worker compensation ratios,” said study’s lead author.

The study is especially timely in the face of the US Security and Exchange Commission’s new requirement that publicly held corporations disclose their CEO-to-worker pay ratio. The most recent filings indicate an average US CEO-to-worker ratio of 361:1. For Fortune 500 companies, the gap can be 10 times wider. By comparison the ratio in the EU is around 10:1.

Notably, study participants were more bothered by the disparity between executive compensation and worker wages than by the actual amount people made, suggesting a visceral disapproval of businesses whose profits fail to trickle down the corporate ladder. Public distaste for a gaping CEO-to-worker pay ratio could translate into difficulties recruiting talent and attracting investors and result in lukewarm reviews on crowdsourcing forums like Yelp.

That said, the disparity did not influence study participants’ view of a company’s overall success or ability to innovate. Just they don’t want to buy from it or deal with it.

For a series of studies, the researchers recruited more than 1,000 participants nationwide. Among other tasks, participants read a detailed description of a mock company modeled on an actual company. Different participants were presented with different CEO-to-worker ratios ranging from 25:1 to 350:1 so that researchers could see how their evaluations were influenced by high and lower ratios (though 25:1 is still very high historically. At the turn of the last century the ratio was about 4:1).

They then rated the companies based on such measures as employee morale, employee wellbeing, work-life balance, collaboration, innovation, trustworthiness, global impression and ratio fairness. They also rated their likelihood of purchasing the company’s products and working for the company.

The results consistently demonstrated that a company’s internal morale and external reputation could be positively or negatively influenced by the CEO-to-worker pay gap. Moreover, they reflect real-world data that the researchers collected from the job search website, Glassdoor.com that shows a connection between CEO-to-worker-pay ratios and reviews of companies.

“Our study shows that CEO-to-worker ratios really matter to employees and consumers alike,” the researchers said. “These results demonstrate that, now that publicly traded companies have started to disclose their CEO-to-worker ratios, they need to be cognizant of and prepared for the effects such disclosure may have.”

So, what? In evolutionary terms it is important to note that for millions of years our species and its immediate antecedents lived in societies without private ownership or any disparity in wealth. That distaste for inequality is hardwired into us—except for those of us whose genetics are miswired so as to make them seek to seek personal enrichment at the expense of others of their tribe. Because personal enrichment is always at the expense of others and therefore contrary to our design-specs.

However, we are genetically driven to enrich our tribe or group—those that we share most in common with—at the expense of other tribes or groups. Most CEOs and C-suite denizens see other CEOs and C-suiters (including Board members) as their tribe and will seek mutual enrichment—hence the vast and, and sometimes obscene, disparities of wealth—at the expense of shareholders, employees and others.