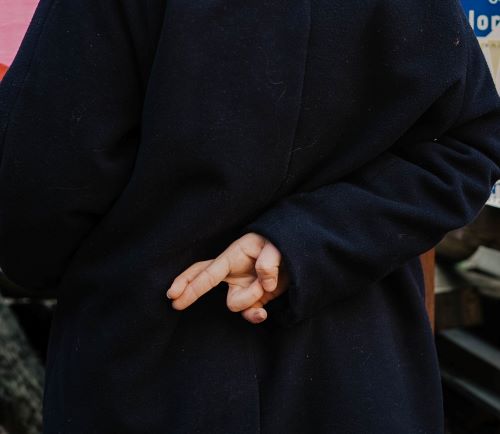 People may lie to appear honest if events that turned out in their favor seem too good to be true, according to new research published by the American Psychological Association (of which Alicia and I are members).

What the researchers say: “Many people care greatly about their reputation and how they will be judged by others, and a concern about appearing honest may outweigh our desire to actually be honest, even in situations where it will cost us money to lie,” said lead researcher. “Our findings suggest that when people obtain extremely favorable outcomes, they anticipate other people’s suspicious reactions and prefer lying and appearing honest over telling the truth and appearing as selfish liars.”

The researchers found similar findings about lying to appear honest in a series of experiments conducted with lawyers and college students in Israel, as well as online participants in the United States and United Kingdom. The research was published in the Journal of Experimental Psychology: General.

When asked for an explanation for the hours they billed, some lawyers in the 90-hour group said they worried that the client would think he had been cheated because the lawyer had lied about the number of billable hours.

In another experiment, 149 undergraduate students played online dice-rolling and coin-flipping games in private and then reported their scores to a researcher. The participants received approximately 15 cents for each successful coin flip or dice roll they reported. The computer program was manipulated for half of the students, so they received perfect scores in the games, while the other group had random outcomes based on chance. In the perfect-score group, 24% underreported their number of wins even though it cost them money, compared with 4% in the random-outcome group.

“Some participants overcame their aversion toward lying and the monetary costs involved just to appear honest to a single person who was conducting the experiment,” the researchers said.

In another online experiment with 201 adults from the United States, participants were told to imagine a scenario where they drove on many work trips for a company that had a maximum monthly compensation of 400 miles. They were told that most employees reported 280 to 320 miles per month.

“While our findings may seem ironic or counterintuitive, I think most people will recognize a time in their lives when they were motivated to tell a lie to appear honest,” the lead author said.

So, what? Again, we want to appear acceptable—particularly to those whose support we feel we need or might need. If we must lie and even underrate ourselves to do that, we will.