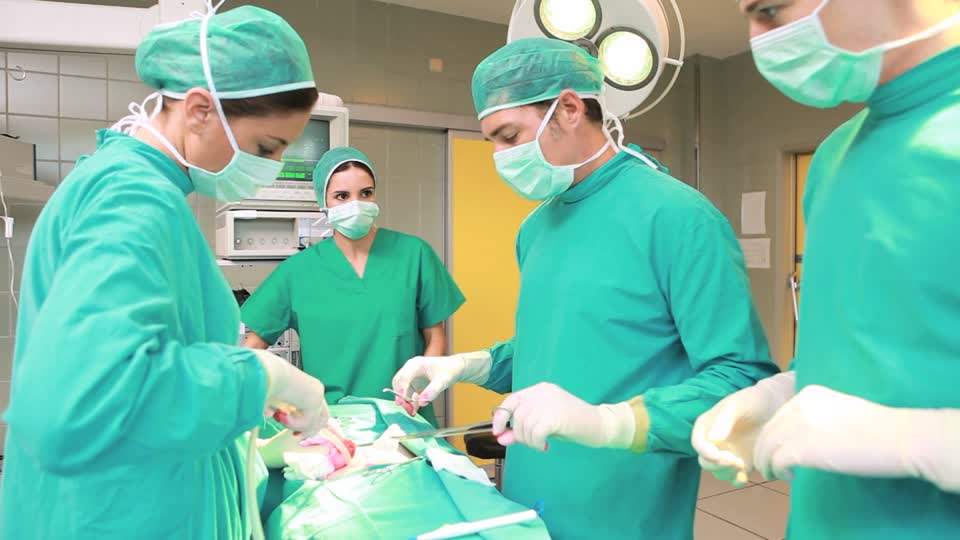 A team led by a researcher who customarily studies nonhuman primate behavior has found that humans working in operating rooms (ORs) follow the same general primate patterns of hierarchy and gender. Their findings are relevant to the construction of high performing teams in any business. The results are published in the Proceedings of the National Academy of Sciences.

The researchers used ethological observation methods to record all social interactions within teams in three ORs during 200 surgical procedures. Previous studies of behavior in health care teams have mostly relied on questionnaires, rather than records of actual behavior.   The study reached three major conclusions which are relevant to the formation of all high performing teams:

(1) conflicts were directed mostly down the hierarchy between members several ranks apart;

(2) conflict and cooperation in the OR varied by gender, with less cooperation when the OR team included more male members; and

(3) there was less conflict and more cooperation if the attending surgeon’s gender (male or female) differed from that of the majority of the team.

The study’s authors note that ORs are staffed by hierarchical, mixed-gender clinical teams that engage not only in technical communications, but also a variety of social interactions.   “Based on what we know about other species as well as human anthropology, rivalries and conflict are more typical within than between genders,” says the lead author. “This is why higher-ups in the social hierarchy, such as the alpha individual, need to assert their status especially vis-a-vis their own gender. This dynamic may explain our results.” And so much else in the business world!

The research team used an “ethogram” to live record 6,348 spontaneous social interactions and nontechnical communications during 200 surgical procedures. The researchers focused on cooperation vs. conflict. Cooperation was defined as affiliative behavior and team building, including chit-chat, exchanging pleasantries, bi-lateral joking, and teaching. Conflict was defined as team-disintegrating behaviors, including yelling, being curt or disrespectful, and unilateral joking.   The observations were conducted from 2014-2016 at three large urban teaching hospitals with the explicit permission of the hospital administrations and surgical departments.   Cooperation sequences were more frequent than conflict sequences. These latter ranged from constructive differences of opinion to discord and distraction that could potentially threaten patient safety. Behavior varied by clinical role and gender composition of the team.

So, what? The take away here is that to have a well-functioning and collaborative team it’s very important to have gender diversity within it. It’s also important to have as little hierarchy as possible—a flat team works better. This latter has been found in a number of recent studies which have been noted in TR.   One of their more interesting findings is that having a leader who is a different gender to most of the team generates more collaboration and less conflict.

Long working hours are bad for your heart.

People who work long hours have an increased risk of developing an irregular heart rhythm known as atrial fibrillation, according to a study of nearly 85,500 men and women published in the European Heart Journal.