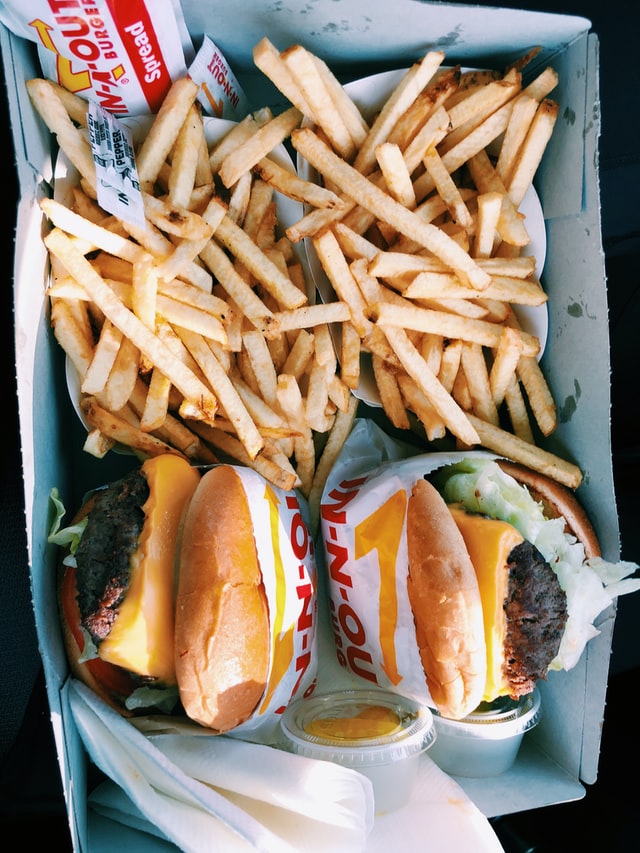 Almost every month—sometimes more than once a month—a major study emerges that shows us just how irrational human decision-making is. The latest research can be summed up in a simple demonstration:

If you’re like most people—at least in the US—McDonald’s, Wendy’s, and Burger King will come to mind—even if you much prefer In-N-Out or Chick-fil-A.

A new study found that when it comes to making choices, we surprisingly often forget about the things we like best and are swayed by what we remember. The paper, published in the journal Proceedings of the National Academy of Sciences, combines insights from economics and psychology with decision-making experiments and fMRI brain scans to examine how our imperfect memories affect our decision making.

What the researchers say: “Life is not a multiple-choice test,” said the lead author. “Yet researchers traditionally give people a menu of options and ask them to choose.”

The findings break away from traditional economic models that assume people make rational decisions from all available options. In most situations, rather than choosing from a ready-made list, we conjure choices from our memory.

“While everyone knows that human memory is limited—and there’s a thriving market for reminder apps and Post-it Notes—scientists know surprisingly little about how this limit impacts our decisions,” he continued. Answering this question could hold implications for everything from conducting consumer research and crafting public policy to managing neurodegenerative diseases.

To measure the influence of memory on decisions, the researchers examined people’s choices for different types of consumer goods, such as fast food, fruit, sneakers, and salad dressing. For each, they asked one group of participants to name as many favorite brands or items in the category as they could. They asked a second group to choose their preferences from a menu of options. Based on those results, they created a mathematical method to predict which items people would choose in an open-ended situation.

The most surprising takeaway was just how often people seemed to forget to mention items they liked best, choosing less preferred but more easily remembered items. “A lot of people name McDonald’s as their favorite, but many of those people don’t actually like McDonald’s as much as other brands,” said the researchers. In an open-ended situation, 30% of people said McDonald’s is their preferred fast food; yet for those given a list of restaurants, only half that many (15%) chose the Golden Arches, with the other half instead choosing restaurants such as In-N-Out or Chick-fil-A.

The researchers found similarly large differences between people’s preferences in open-ended versus list-based choices in all the other types of consumer goods tested, both branded and non-branded items, such as fruit. “The magnitude of these changes was very surprising,” said the lead researcher. “The fact that so many people don’t mention their favorites really argues against the notion that we usually act in our own best interest, as standard economic models might have us believe.”

To gain a deeper scientific understanding of how memory impacts decisions, the researchers next constructed a new mathematical model that combines economic models of decision-making with psychological models of memory recall. “Very little attention has been paid to connecting these two areas,” the researchers noted. “By taking the best features of each, we found that we could make amazingly accurate predictions of how often people fail to choose their more preferred options due to their imperfect memories.”

In fact, the predictions were so accurate that the researchers thought they had made a mistake. “We only came to trust the findings after checking and repeating the experiments multiple times,” they said.

To nail down the role of memory retrieval in decision making, the researchers scanned the brains of a group of participants using fMRI (functional magnetic resonance imaging). Past neuroscientific research has shown that decision-making—which involves reward valuation—and memory are served by different brain systems.

“When people made open-ended choices in our experiments, we saw increased activity in memory retrieval regions of the brain and enhanced communication with valuation regions,” said the lead author. That didn’t happen when participants simply picked choices from a list: The valuation part lit up, but memory systems showed much less activity.

This provides neural evidence for the direct involvement of memory systems in open-ended decisions, and sheds light on the nature of suboptimal decisions in these situations.

So, what? This research breaks new ground, though the researchers seem to have forgotten all the research that has shown that under stress we are more likely to make decisions that are against our financial interests.

The question left unanswered by the researchers, it seems to me, is this: What is the difference in stress level between being asked for a choice in an open-ended situation as opposed to being given a list to choose from? Could even a slight elevation of stress provoked by the non-list situation warp the decision-making process? Could it be that we fear being “put on the spot?” In that situation do we stress over trying to guess what the other person wants us to say? A number of studies have shown the latter to be so.

New research suggests that people might want to avoid making any important decisions about the future on an empty stomach.

Pregnant women feel pushed out of their jobs