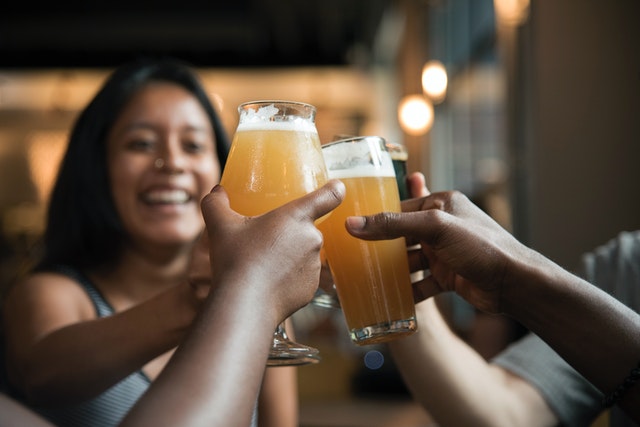 And they are more likely to consider leaving law due to burnout, according to a new study.

Work-related factors impact the high rates of stress, risky drinking, and attrition in lawyers differently depending on gender, the researchers found. Their study is published in the journal PLOS. I found the same was true of the solicitors that I surveyed for the NSW Law Society a couple of years ago.

Recent national reports indicate lawyers suffer from especially high rates of depression, anxiety, and substance misuse, as well as high rates of attrition, particularly among women. In this study, the researchers surveyed members of the California Lawyers Association and the D.C. Bar to learn more about work-related factors that may be predictive of stress (due to its links with depression and anxiety as both a cause and consequence), alcohol misuse, and attrition among lawyers.

What the researchers say: “Our findings reveal troubling levels of distress within the legal profession, most notably for women,” said the lead author.

2,863 men and women currently working in law responded to the survey with women making up about 51 percent of the final sample. Overall, the results showed men and women differ with respect to both the prevalence of these problems (stress, substance misuse, and attrition) as well as the degree to which workplace factors contributed to the problems.

67 percent of the sample reported working over 40 hours per week, and nearly 25 percent reported working over 51 hours per week on average. Younger attorneys were 2-4 times more likely than their older colleagues to report moderate or high stress. High work overcommitment was associated with stress for both men and women, but this relationship was stronger for women. 30 percent of respondents screened positive for high-risk hazardous drinking and a significantly greater proportion of women compared to men engaged in risky drinking (56 percent vs. 46 percent) and high-risk/hazardous drinking (34 percent vs. 25 percent). Finally, more women than men (24 percent vs. 17 percent) contemplated leaving law due to mental health problems, burnout, or stress—and predictors for this response differed between the sexes. Women with a high work-family conflict score were 4.5 times more likely to leave or consider leaving law; men reporting high work overcommitment were more than twice as likely to consider leaving. Interestingly, men who scored high on the perceived likelihood of promotion scale were 2.5 times less likely to consider leaving—but there was no association between these two items for women.

So, what? Conversations that I’ve had with law leaders in Australia and Britain over the last couple of weeks, together with the research that I did for the Law Society in NSW, have convinced me that the earlier research showing a disturbingly high degree of mental ill-health among lawyers has not led to any perceptible improvement.

Earlier studies have shown that binge drinking and problem gambling among female lawyers and other professionals was higher than that of males. On the other hand, cocaine use was higher among male lawyers—especially in the UK.

“A large part of the problem,” as one prominent law leader told me earlier this week, “is that the legal pie is shrinking and the competition between firms—especially the vast cluster below the Global big 15—is getting tougher. This puts ever more pressure on partners and the lawyers below them, as firms desperately try to reduce costs and prize business away from their rivals.”

He’s right, of course, but one of the other reasons I found for the attrition is the progressive dehumanizing of legal business. In this, law is similar to medicine and other professions. Recent studies, reported in TR, have shown that this is one of the prime causes of burnout among professionals.

As part of the Master of Business Law course that Alicia and I will be running for the College of Law, we will be showing law leaders, and potential law leaders, from all over the world, how to destress their firms and their teams and build resilience. And thus reduce mental ill-heath.

Aggression at work can lead to ‘vicious circle’ of misconduct

Drops in income harm the brain