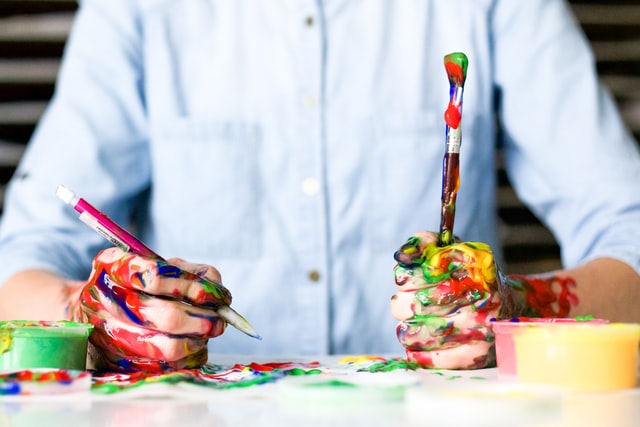 A new study shows that creative exploration followed by exploitation can lead to a career’s greatest hits. The research also hints at how an organization—or a family—using this new information can help a person achieve genius.

According to the new research this period of exploration, followed by exploitation of his new drip technique, set up Pollock for a “hot streak,” or a burst of high-impact works clustered together in close succession. In Pollock’s case, this was a three-year period from 1947 to 1950, during which he created all his drippy, splattered masterpieces that he is still famous for today.

By using artificial intelligence to mine big data related to artists, film directors and scientists, the researchers discovered that although this pattern is not uncommon it is nevertheless a magic formula. Hot streaks, they found, directly result from years of exploration (studying diverse styles or topics) immediately followed by years of exploitation (focusing on a narrow area to develop deep expertise).

The research was published in the journal Nature Communications.

With this new understanding about what triggers a hot streak, institutions can intentionally create environments that support and facilitate hot streaks in order to help their members thrive.

What the researchers say: “Neither exploration nor exploitation alone are associated with a hot streak. It’s the sequence of them together,” said the study leader. “Although exploration is considered a risk because it might not lead anywhere, it increases the likelihood of stumbling upon a great idea. By contrast, exploitation is typically viewed as a conservative strategy. If you exploit the same type of work over and over for a long period of time, it might stifle creativity. But, interestingly, exploration followed by exploitation appears to show consistent associations with the onset of hot streaks.”

In 2018 the team published a paper in Nature, characterizing hot streaks in artistic, cultural and scientific careers. After establishing that these hot streaks do occur, they were motivated to discover what triggers them. The lead researcher found a clue while visiting the Van Gogh Museum in Amsterdam.

Van Gogh experienced an artistic breakthrough from 1888-1890, during which he painted his most famous works, including The Starry Night, Sunflowers and Bedroom in Arles. Before that, however, his work was less impressionistic and more realistic. He also tended to use somber earth tones rather than the bright, sweeping colors, for which he is best known today.

“If you look at his production before 1888, it was all over the place,” the researchers said. “It was full of still-life paintings, pencil drawings and portraits that are much different in character from the work he created during his hot streak.”

In the new study, the researchers developed computational methods using deep-learning algorithms and network science and then applied these methods to large-scale datasets tracing the career outputs of artists, film directors and scientists.

For artists, they used algorithms for image recognition to mine data from 800,000 visual arts images collected from museums and galleries, which cover the career histories of 2,128 artists, including Pollock and Van Gogh. For film directors, the team collected data sets from the Internet Movie Database (IMDb), which included 79,000 films by 4,337 directors. For scientists, the team analyzed the career histories of 20,040 scientists by combining publication and citation datasets from the Web of Science and Google Scholar.

The researchers quantified a hot streak within each career based on the impact of works produced, measured by auction price, IMDB ratings and academic paper citations. Then, they correlated the timing of hot streaks with the creative trajectories of each individual. Looking at careers four years before and after the hot streak, the researchers examined how each individual’s work changed around the beginning of a hot streak.

“We were able to identify among the first regularities underlying the onset of hot streaks, which appears universal across diverse creative domains,” the lead author said. “Our findings suggest that creative strategies that balance experimentation with implementation may be especially powerful.”

“This knowledge can help individuals and organizations understand the different types of activities to engage in—such as exploring new domains or exploiting existing knowledge and competencies—and the optimal sequence to use in order to achieve the most significant impact,” he added.

On average, a hot streak lasts about five years. After that, the researchers found, individuals return to “normal” and no longer follow any pattern of exploration or exploitation.

So, what? This study is fascinating. It reinforces the idea that humans are not goal or task-centered in terms of real creative achievement. In fact, they get in the way. From my own research, I believe that these spurts of creativity are not necessarily one-off events. We can have perhaps many “hot streaks” of creativity, and they may be in completely different areas. One streak may be in business, another in art and yet another in philanthropy.

It seems to me from this and previous research that what stops these serial bursts of creativity is the problem of success—being forced to go on exploiting the same idea or technique.

If organizations could understand this dynamic, they may be able to create “conditions for genius.” This would mean reducing the reliance on targets, quotas, goals (stretch or otherwise) and allowing people to dabble, to experiment, to think and to research in a variety of areas. When the burst comes, leaders need to be able to recognize it and exploit it—realizing that it will have a time limit attached to it.

The person then needs to be able to revert to the exploration phase and the organization needs to have the patience to wait for the next spurt.