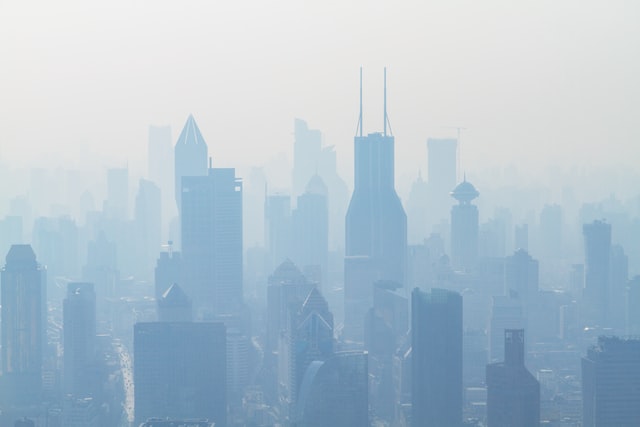 So many studies (many reported in TR) have shown that we can vastly improve our mental and physical health by cleaning up our air. All we have to do is make it unprofitable for corporations to pollute instead of profitable to do so. As the song says, “When will they ever learn?”

Particulate matter (PM) is a major component of air pollution that is increasingly associated with long-term consequences for the health and development of children. In a new study recently published in Environmental Health and Preventive Medicine, the authors synthesized the findings of previous studies, reviews and meta-analyses on the adverse health effects of the two smallest types of PM: fine (particles with an aerodynamic diameter less than 2.5 μm) and ultrafine (particles with an aerodynamic diameter less than 1 μm). Both types of PM can be inhaled deep into the lung. Ultrafine particles have recently been shown to cross into circulation and even cross the placental barrier, directly reaching the developing fetus.

A range of adverse health outcomes associated with fine PM exposure were reported in the studies and reviews of human data, including low birth weight, asthma and other chronic respiratory conditions, cognitive and behavioral issues, obesity and diabetes (and most recently dementia later in life). Research on the effects of prenatal ultrafine PM exposure has not been as extensive, but a growing body of evidence shows similarities with the effects associated with fine PM exposure. Studies and reviews of data obtained from animal models supported the findings from the human studies.

In addition, some of the studies examined the possible ways that PM could cause the observed adverse health effects. The two broad mechanisms documented in the literature are direct (ultrafine PM crosses the placenta and enters fetal circulation) and indirect (PM causes interactions that result in oxidative stress, inflammation, epigenetic changes and endocrine disruption).

What the researchers say: “It is important to review the body of literature on such an important and common environmental exposure. This helps in policy development and intervention strategies. The timing of exposure, like during pregnancy, is becoming recognized as an important window of susceptibility. So, protecting the most vulnerable can have a huge public health impact,” said the lead author.

The researchers also reviewed possible treatments and policies that might minimize or even undo the harms associated with prenatal PM exposure. Green spaces such as parks and other areas with trees and foliage provide a range of benefits for the communities that have them, including lower exposure to PM. Nutritional interventions, including maternal dietary changes and antioxidant and vitamin supplementation, can provide protective effects that are also associated with better health outcomes for children with prenatal air pollution exposure.

So, what? The simple fact is that these pollutants are caused for the most part by various mining, energy creation and manufacturing processes. Yes, we need more green space in cities, obviously. Yes, we need more antioxidants in our diets, again obviously (I make sure that they’re in all the recipes in TR). But until we seriously look at the causes of the pollution, all the palliatives in the world are just band aids in a seeping wound on our planet.