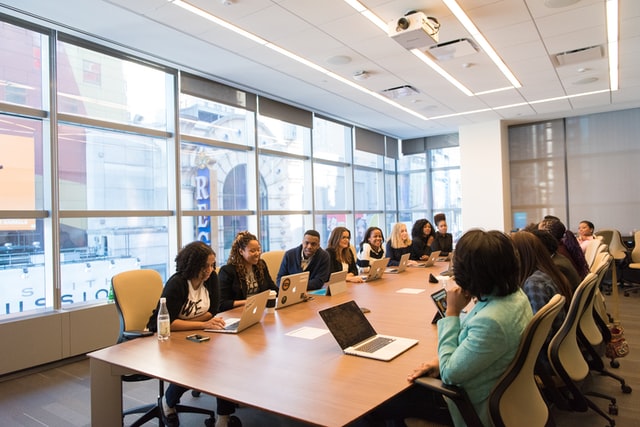 We all know that allowing knowledge to flow within an organization generates opportunity for learning and innovation. However, if knowledge spills over to competitors, it might erode competitive advantage and ultimately destroy the business. The problem is to promote the first result and prevent the second.

A study published in Organization Science, finds that employees are more likely to share internally when they work for an organization they feel an integral part of. On the contrary, they would rather pass knowledge to someone working for a competing firm than to their own colleagues when they are employed by an organization that encourages them to outperform coworkers. Internal competition—so beloved of a number of corporate leaders, actually sucks!

What the researchers say: “We know a lot about how firms can align the behavior of employees to the goals of the organization through formal contracts, as non-disclosure agreements, or financial incentives. In this paper, we look at how firms can reach similar objectives by acting upon an individual’s intrinsic motivation to act in the best interest of their organization,” the lead author said.

The idea behind the study came from looking at the European Organization for Nuclear Research (CERN), the largest particle physics laboratory in the world. CERN is organized around research teams (referred to as “experiments”) that involve up to 3,000 scientists each and investigate different questions in physics. The two largest, general-purpose experiments operating at CERN are ATLAS and CMS.

“You may be familiar with them as the ‘experiments’ behind the discovery of the Higgs Boson particle back in 2012. These two organizations were created to be in competition with one another to ensure the validity of scientific discoveries through independent replication. But they also share a lot of institutional linkages, use the same key resource (the accelerator), and their headquarters are collocated. It is no surprise that CERN describes them as ‘close sisters, the best of friends and competitors all at once’,” the lead author explains.

Despite the two experiments being so similar on paper, when talking to physicists affiliated with ATLAS, the researchers remarked how they seemed to identify more with the organization and displayed a stronger tendency to keep proprietary knowledge within organizational boundaries. At CMS, on the other hand, scientists appeared to be more in competition with one another and reported a higher propensity to transfer knowledge to members of the competing organization.

As a result of this observation, the authors embarked in an extensive field study of CERN, in order to examine whether these differences in organizational climate could possibly explain the different sharing tendencies. The data collection took four years, during which the authors gathered insights from desk research, field observations, more than 50 interviews, as well as the results of one experiment with over 500 CERN physicists plus two additional experiments with about 400 participants recruited online.

When asked about other takeaways for managers, the researchers mention two significant conclusions. “First, our findings suggest that managers can act upon the organizational climate to stem the tide of knowledge transfer. Creating a competitive environment may be good for a variety of reasons but comes with an increased risk of knowledge spillovers to competitors. Second, for managers of complex organizations, we show that different units can develop very different organizational traits. The most direct consequence is the need to adapt interventions to the specific ‘personality’ of each unit.”

So, what? Humans are not designed to compete with members of their own tribe—except for mates. Once you force them to do so they start to look for other tribes to associate with. The currency of joining these other tribes may be company secrets.

Are people more willing to empathize with animals or with other humans?

When people are deciding whether to engage in empathy, context matters. This new research could have important implications for how new environmental policy messaging is framed.

Employees are looking for transformational leaders and businesses they can be proud to work for.