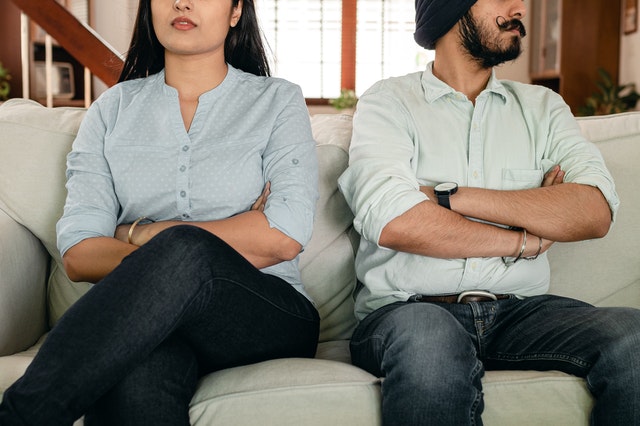 A fascinating study looked at the neuroscience of mediation between arguing couples, but it has very great relevance to disputes in the workplace and elsewhere. It’s a piece I really liked.

When couples argue, mediation by a third party improves the outcome of the confrontation. But that’s not all: mediation is also linked to heightened activity in key regions of the brain belonging to the reward circuit—this is the main conclusion of a study published in the journal Cortex.

The experiment consisted of giving couples behavioral questionnaires and subjecting them to functional magnetic resonance imaging (fMRI) prior to and following a session in which the two partners argue. Couples who received active mediation reported higher satisfaction than non-mediated couples at the end of the conflict. Heightened activation in the nucleus accumbens, a key region in the reward circuit, was also identified in the mediation group compared to the control group. This is the first time that a controlled, randomized study has succeeded in demonstrating the advantages of mediation for couple conflicts and identifying a related biological signature.

What the researchers say: “We know from numerous studies that thinking about romantic love and your romantic partner activates the so-called reward circuit in the brain, which is associated with feelings of pleasure and motivation,” said the lead author. “Until now, however, we didn’t know the impact that couple conflict, and mediation by a third party, could have on this activation. It was precisely to fill this gap that we devised our study.”

To conduct their experiment, the researchers enrolled 36 heterosexual couples (for statistical reasons and for comparison with previous studies) who were monogamous (according to the statements made by the couples themselves) and who had been together for at least a year. Before the study, participants had to check off a list of 15 standard subjects (in-laws, sexuality, finances, household chores, time spent together, etc.) which most often fueled conflict with their partner.

“We then invited participants to start a discussion about one of these subjects,” explains the first author. “Some of the couples chose a box ticked by both partners. Others preferred to start on a subject that only one of the partners considered a source of conflict. This worked just as well, if not better. The first ten minutes were generally a little embarrassing, but things then began to flow with an impressive naturalness, and inevitably ended in conflict.”

The session, which lasted one hour, was accompanied by a professional mediator who mediated the dispute in half of the cases. In the other half, the mediator remained entirely passive. Participants completed a behavioral questionnaire before and after their argument to measure their emotional state. In each couple one member’s brain activity was measured before and after the dispute while they were shown images of their romantic partner or images of an unknown person.

Data from the questionnaires indicated that couples who had active mediation were better at resolving conflicts, were more satisfied with the content and progress of the discussion and had fewer residual disagreements.

“As for the neuroimaging results,” said the researchers “the activations before the conflict replicated earlier studies on romantic love, showing an activation pattern in brain regions such as the striatum and orbitofrontal cortex. After the dispute, we quite logically observed a general deactivation in both groups in the regions associated with romantic love, including the striatum.”

By contrast, when comparing couples who received active mediation with those who did not, the researchers found that the former tended to have greater activation in the nucleus accumbens after the conflict, which is a key region in the brain’s reward circuit. Moreover, the participants who felt the most satisfied after the resolution of the conflict also had the highest nucleus accumbens activation when looking at their romantic partner compared to an unknown person.

“Our results suggest, for the first time, that third-party mediation has a significant and positive impact on the way couples argue, both behaviorally and neurally,” concludes the lead researcher. “This biological signature for romantic love is very interesting because it cannot be manipulated in the same way that an answer to a questionnaire could be.”

So, what? A number of recent studies have indicated that the brain doesn’t functionally distinguish the difference between romantic love and any other type of bonding—such as between close colleagues, friends or teammates. All bonding depends on the activation of the oxytocin reward system in conjunction with the dopamine pathways (in fact the former piggybacks on the latter).

It would seem, therefore, that this study has relevance to all disputes between people closely connected to each other, not just romantic couples. In fact, skillful mediation may, because of the activation of the same systems, bring those not so involved closer together.