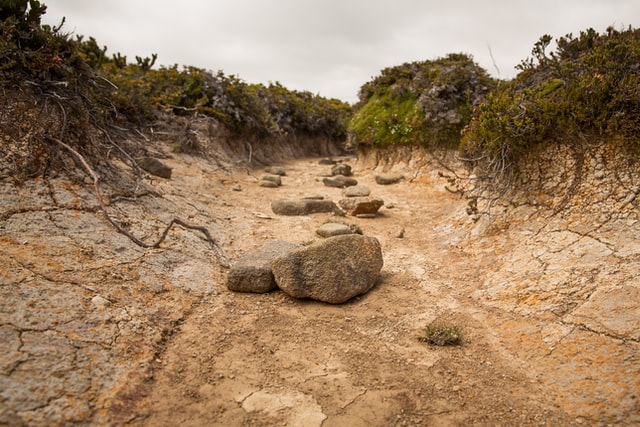 Normally I would’ve put these two new studies into Science Sips, but what the two groups of researchers discovered will very soon affect us all, and perhaps not in good ways.

The researchers in the first study, which concentrates on droughts such as the one affecting California and the US West, began with the assumption—validated by much previous research—that for a successful climate change strategy it is crucial to understand how the impacts of global warming may evolve over time. The study led by the National Institute for Environmental Studies (NIES) presents the future periods for which aberrant drought conditions will become more frequent, thereby creating a new normal.

Global warming is expected to increase the intensity and frequency of future drought in several global regions, adversely affecting the water resource, agriculture, and energy sectors, the researchers point out. Given that the current water management practices and existing infrastructures in these sectors are based on historical statistics or experiences, under a changing climate, these practices and infrastructures may eventually become insufficient. Therefore, it is critical to better understand when severe drought conditions expressed as “unprecedented” will become frequent.

What the researchers say: “Regarding precipitation and temperature, preceding studies report the timing at which the impact of climate change emerges. However, no study had successfully estimated the timing in terms of drought focusing on river discharge at a global scale,” said the senior researcher. “A temporal evaluation about future drought conditions in comparison to our historical experiences is essential to take appropriate climate change strategies, especially for climate adaptations, in the long term and in time.”

The paper published in Nature Communications estimates the periods when drought conditions will shift to an unprecedented state in a warmer world. The research group evaluated changes in drought day frequency for 59 global subcontinental regions until the end of the 21st century.

“The projected impacts of warming show significant regional disparities in their intensity and the pace of their growth over time,” said the lead author. By the middle of this century, increases in drought frequency are statistically significant in 25% and 28% of the global land under low and high greenhouse gas concentration scenarios, respectively. Specific regions show substantial increases of more than double the current frequency. Under both scenarios, so-called hotspots of drought increase include the Mediterranean regions, southern and central South America, Australia, and large swathes of the US. “Some regions exhibit steady increases in drought frequency. The projected increases are highly likely by the middle of this century.”

“Importantly, even in the best-case scenario the results imply unavoidable unprecedented states in the affected regions,” said the head of the Earth System Risk Analysis Section at NIES. In particular, southwestern South America and the Mediterranean regions consistently show early and robust drought conditions. On the other hand, the differences between greenhouse gas concentration scenarios indicate that our choice of mitigation strategies produces a noticeable difference in the timing and robustness of the projection. “Appropriate and feasible climate mitigation and adaptation plans are essential for overcoming the expected extraordinarily severe dry conditions. Particularly regarding adaptation, it is crucial to improve our preparedness in the given time horizon before unprecedented drought conditions emerge,” he said.

What adaptions are being trialed now in the areas of projected long-lasting drought? None that I know of.

The second study, also published this week looked at how climate change is currently affecting all extreme weather events around the world.

Attribution science has led to major advances in linking the impacts of extreme weather and human-induced climate change, but large gaps in the published research still conceal the full extent of climate change damage, the researchers behind this study warn. Their findings were published in Environmental Research: Climate.

The team of international researchers reviewed the impacts of five different types of extreme weather events and to what degree these damaging events could be attributed to human-induced climate change.

To do this, they combined information from the latest Intergovernmental Panel on Climate Change reports and results from a fast-increasing body of attribution studies—where weather observations and climate models are used to determine the role that climate change played in specific weather events.

They found that for some extreme weather events, such as heatwaves, the link with climate change is unequivocal across the world, and that the extent of the impacts is likely being underestimated by insurers, economists, and governments. For others, such as tropical cyclones, the paper shows that important differences exist between regions, and the role that climate change plays in each event is more variable than for heatwaves.

What the researchers say: “The rise of more extreme and intense weather events such as heatwaves, droughts, and heavy rainfall have dramatically increased in recent years, affecting people all over the globe. Understanding the role that climate change plays in these events can help us better prepare for them. It also allows us to determine the real cost that carbon emissions have in our lives,” said the lead author of the study.

The authors note that there is an urgent need for more data from lower- and middle-income countries, where the impacts of climate change are more strongly felt. Research on these impacts is hampered when national weather data is not publicly available—examples include South Africa, where corruption denies funds to weather reporting facilities leading to huge data gaps in an otherwise good network; drought-prone Somalia, where disorderly regime changes have disrupted measurements; and many countries, such as Poland, where weather data is only available for a high fee, and thus generally not for publicly funded research.

“We don’t have a comprehensive overview or detailed inventory of what impacts climate change is having today, yet,” said a co-author of the study.

“But we do now have the tools and advanced understanding to create such an inventory, but these need to be applied more evenly across the world to improve our understanding in areas where evidence is lacking. Otherwise, we are denying countries the knowledge to make the best use of sparse funds and improve chances for people to live safely and adapt to the changing climate,” she concludes.

So, what? I spoke to a leading climate scientist who put it bluntly: “The increasing use of fossil fuels spurred on by the present global situation means that we will now not have any chance of meeting the Glasgow targets for emissions reduction. We’ll miss them by a wide margin. This will lead to the extinction of many species. Maybe including ourselves.” Not a nice thought but I personally doubt if any serious government-led climate-related action is currently possible.

It is critical to better understand when severe drought conditions expressed as “unprecedented” will become frequent.

Surgical robots, robots in automobile production, and robots in caregiving—robots are everywhere. In some areas, the machines are already well-established, in others they are on the rise. The psychologists behind this study believe that we are at the brink of a robotic era.